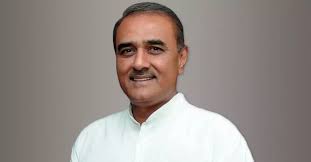 May 17 – Pressure is growing in Indian football on president Praful Patel and for the All India Football Federation (AIFF) to stage fresh elections with Football Delhi president Shaji Prabhakaran writing to the world governing body, demanding FIFA form a normalization committee in India.

The move by Football Delhi is significant because it’s the first time that a state association is voicing that the AIFF must find a solution to the impasse at the top of the Indian game – AIFF president Praful Patel’s mandate officially ended in 2020.

“Delhi being the founder member of AIFF, makes a sincere appeal to the Executive Committee of AIFF to urgently contact FIFA administration to visit India for initiating the process to place a Normalisation Committee in India as the Executive Committee of Football Delhi considers it is an appropriate step in the best interests of Indian Football and AIFF,” read Football Delhi’s letter, marked to FIFA general secretary Fatma Samoura as well as AFC general secretary Windsor John.

Patel, a FIFA Council member, has avoided fresh elections since 2020 when the ruling body moved an application in the Supreme Court only a month before its elections were due, seeking clarification over its constitution. Patel rejected criticism of gerrymandering to remain in power longer. He is ineligible to contest the next elections having already served three four-year terms.

“The Federation is already under Court Intervention since 2017 and since the end of mandate in December 2020 it can no longer take any major financial and policy decisions which are hampering the development of football as India’s football is at a developmental stage and any policy paralysis is counterproductive for the growth of the game at this critical juncture for India,” Prabhakaran told Insideworldfootball.

“The original case (2017) at court was justified as the Federation Statutes were not in full compliance with the National Sports Development Code (Good Governance Practice mandated by the Govt of India). The expectation was that the case would be resolved within one year as it was not a complicated case and the Ombudsman appointed by the court would be able to collaborate with AIFF in proposing an amended Statutes by adopting the Government National sports development code as it is but for the last four years the case has been struck in spite of Federation spending substantial legal fees on this case.”

Earlier this month, the AIFF and its executive committee sought a second legal opinion on whether the AIFF can go ahead with organising a special board meeting to stage elections.

On the sidelines of the FIFA Congress Patel told Insideworldfootball that he was not to blame. “How can I be held responsible?” said Patel. “It’s a Supreme Court which has appointed a committee to give us a new constitution. We are just following the law. We are just awaiting a final constitution that will eventually be approved by the courts. Once the constitution is there, we will be happy to hold elections at the earliest.”

FIFA did not respond to a request for comment by the time of publication.

Earlier this year India hosted the Asian Women’s Cup and in October will host the FIFA U-17 Women’s World Cup. India is also bidding to host the AFC Asian Cup in 2027, though could conceivably put itself forward as a host for 2023 following the withdrawal of China from hosting last weekend.