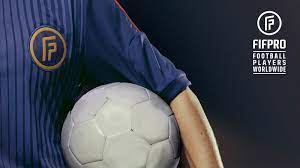 May 28 – No fewer than 87% of professional footballers want back-to-back matches limited in order to guard against a heavy workload, pointing out they are “athletes, not machines”, according to a new survey by global players’ union Fifpro.

The survey of 1,055 players and 92 performance experts showed that both groups support new measures that would guarantee a minimum length close-season break and limit games with less than five days rest in between.

Players surveyed included those from leagues in England, France, Italy and Spain and 55% said they picked up injuries due to their overloaded schedules. Meanwhile, 40% said a congested calendar affected their mental health

The report’s foreword is signed by player representatives from across the world including Arturo Vidal (Inter Milan and Chile), Leonardo Bonucci (Juventus and Italy), Maya Yoshida (Sampdoria and Japan) and Saliou Ciss (Nancy and France).

At the end of 2020, for instance, Real Madrid’s veteran Croatian Luka Modric played 24 matches with less than five days rest between each one. More than 72% of those surveyed said that the number of consecutive back-to-back games should be limited to four.

“Long-distance international travel puts pressure on the health and performance of many players because of the sudden changes in climate and time zones,” said Vidal, representing players from the Americas.

“Some players have travelled more than 200,000 kilometres in the last three seasons – that’s like travelling around the world five times.”

Fifpro warned in June 2021 that player welfare was not being considered when competition calendars are drawn up. The warning came hours before Denmark’s Christian Eriksen collapsed due to a cardiac arrest during the European Championship.