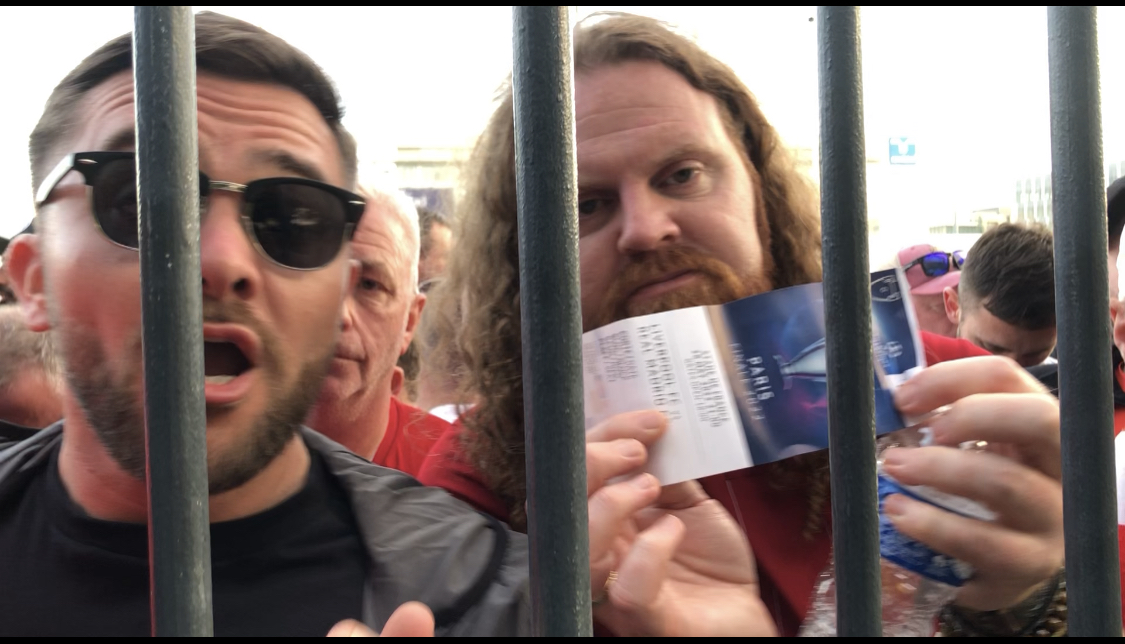 May 29 – The Champions League final between Liverpool and Real Madrid descended into chaos because of major safety concerns in the hours leading up to the final and even after kickoff had been delayed by 36 minutes. The complete disorder raises serious questions of UEFA and the Paris organisers.

The showpiece match of the European club season provided a dramatic and unwanted sequel to the Euro 2020 final with scenes of crowd congestion, dangerous bottlenecks, a locked-down stadium and riot police trying to secure the concourse at the Liverpool end of the Stade de France.  Thousands of fans were then trapped outside as the stadium went into lockdown to ease the pressure on the turnstiles.

In an unprecedented move, UEFA delayed the final’s kickoff “due to late arrival of fans”. The match eventually got underway at 9.36 pm local time, but Liverpool fans contradicted UEFA’s claim of arriving too late at the ground. They had in fact not arrived too late.

Supporters said they queued for hours and that the organization was a “disgrace” and “unsafe” with “police not doing anything”. Fans also claimed that their ticket QR codes didn’t work. 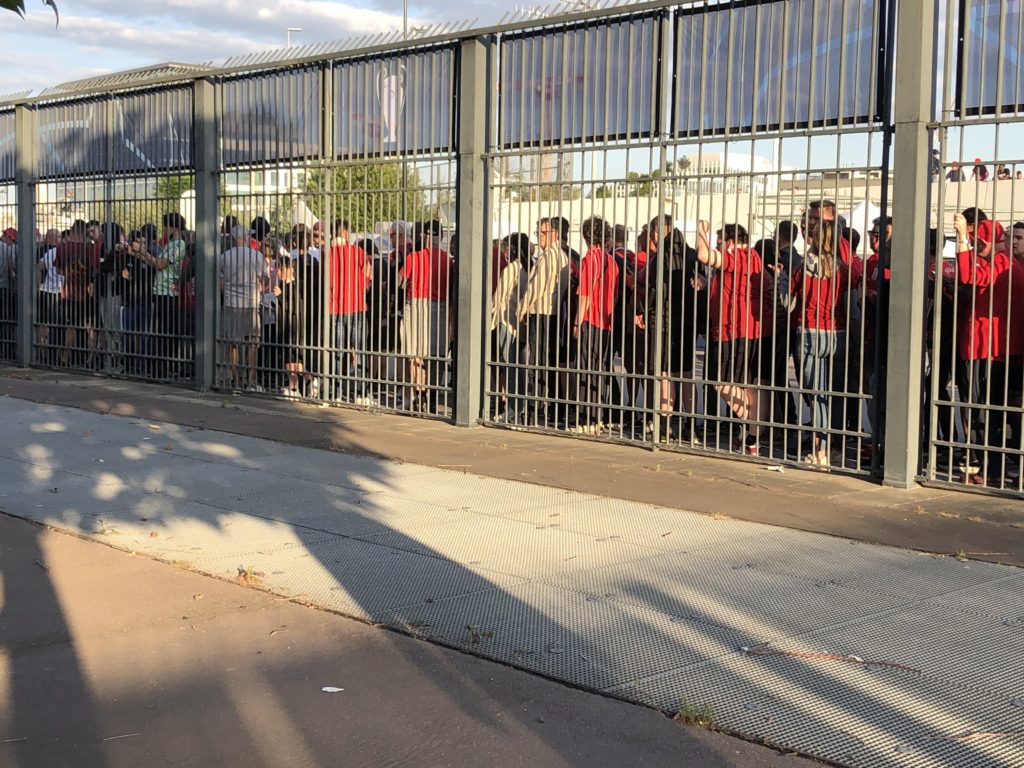 Some individuals – not always identifiable as Liverpool fans – tried to scale the fences to enter the stadium concourse as riot police arrived on the scene, while some Liverpool fans were pepper-sprayed and tear-gassed.  The city of Paris had deployed 7,000 police officers for the final. Liverpool released a statement in which they have requested a ‘formal investigation’.

The club said they were “hugely disappointed” by what had unfolded. “Supporters should not have to experience the scenes we have witnessed tonight,” said Liverpool. “We have officially requested a formal investigation into the causes of these unacceptable issues.”

Paris had been red throughout the weekend with reportedly more than 60,000 Liverpool fans travelling to the French capital to try and attend the European Cup final. Each club has received an allocation of 20,000 tickets from UEFA for the match at the 75,000 capacity Stade De France. 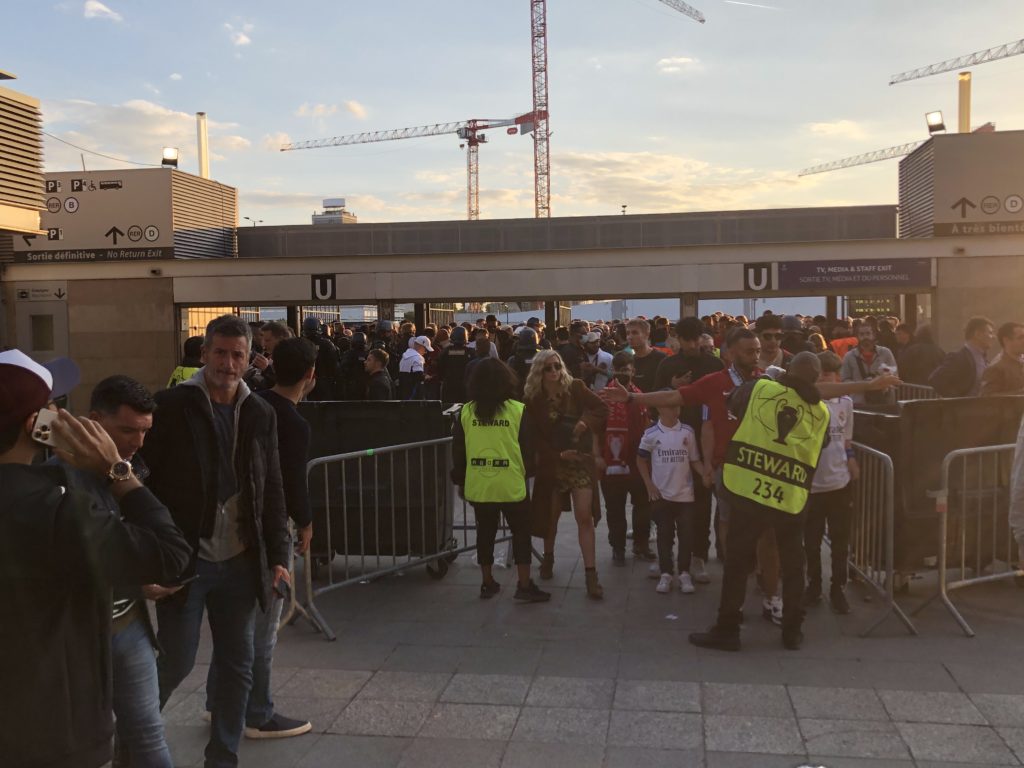 But hours before kickoff, it was clear that a lack of pre-checks of tickets led to crowd congestion and ultimately dangerous bottlenecks among Liverpool fans, who were herded into spaces far too tight.

Former England international Gary Lineker was among those who struggled to get into the stadium. “I’m not sure it’s possible to have a more poorly organised event if you tried,” he tweeted. “Absolutely shambolic and dangerous.”

“Fans at the Champions League final bear no responsibility for tonight’s fiasco,” said the executive director of Football Supporters Europe Ronan Evan. “They are victims here. Thousands are still trapped outside the stadium, remaining calm in the face of a completely unreasonable situation.  We urge the relevant authorities to ensure the safety of all fans.”

However, in a statement, UEFA proceeded to then blame ‘fake tickets’. The European governing body wrote: “In the lead-up to the game, the turnstiles at the Liverpool end became blocked by thousands of fans who had purchased fake tickets which did not work in the turnstiles. This created a build-up of fans trying to get in.  As a result, the kick-off was delayed by 35 minutes to allow as many fans as possible with genuine tickets to gain access.”

“As numbers outside the stadium continued to build up after kick-off, the police dispersed them with tear gas and forced them away from the stadium.” 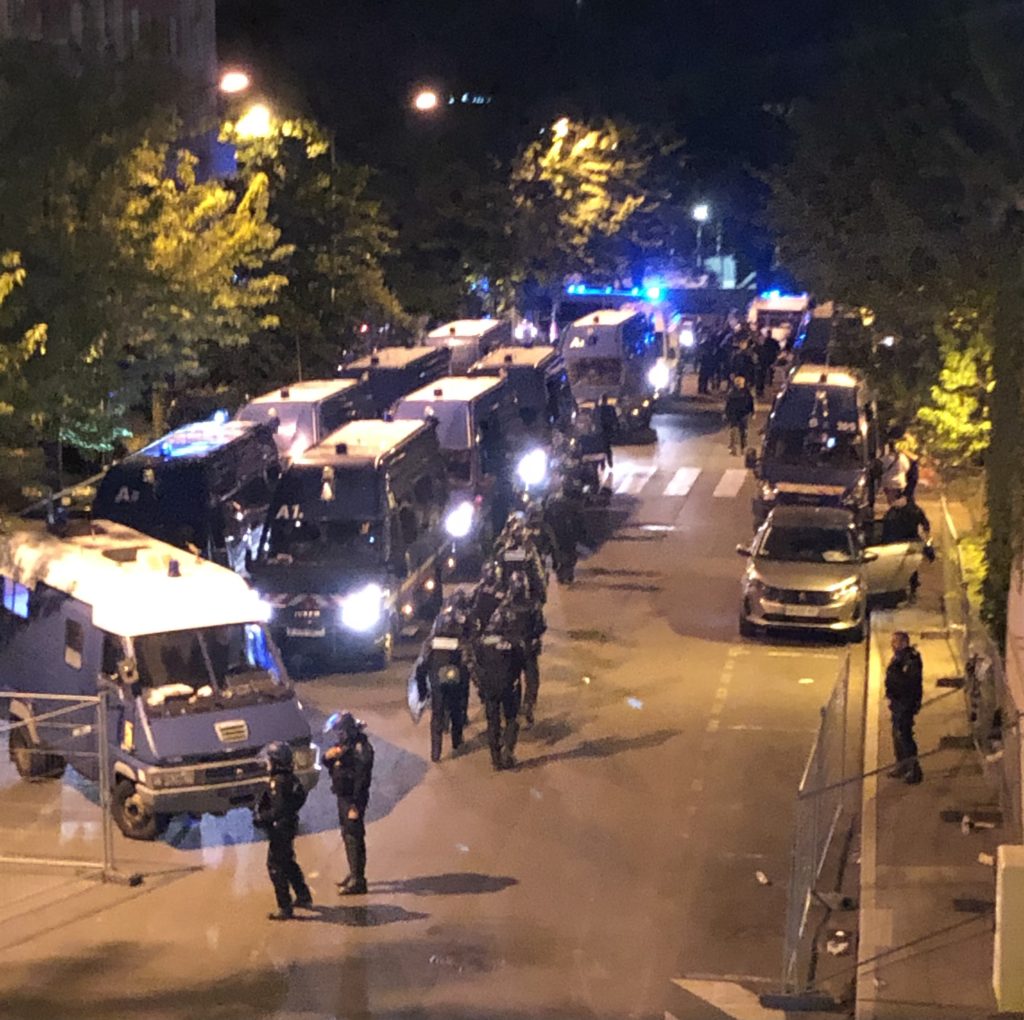 “UEFA is sympathetic to those affected by these events and will further review these matters urgently together with the French police and authorities, and with the French Football Federation.”

The chaotic and dangerous scenes raise serious questions again for UEFA and organizers, less than a year after the complete disorder at the Euro 2020 final in London, events which a report later described as a “perfect storm of lawlessness”.