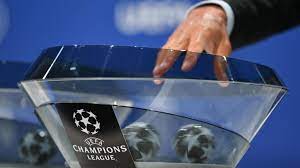 May 29 – UEFA has decided that teams from Belarus and Ukraine will be kept apart in the draws for any future UEFA competitions.

Unlike Russia, Belarus has not been banned from European competition by UEFA, despite having provided access to its territory to Russia to help with the Ukraine invasion.

Belarus has not been completely without sanction though, with UEFA having previously ruled that no UEFA competition fixture can be played in Belarus until further notice and that no spectators can attend matches where Belarussian teams are host.

The decision, by the UEFA executive committee, to keep Belarus and Ukraine apart will take effect immediately and until further notice.

UEFA said the decision “is made to ensure the smooth running of UEFA competitions as the safety and security of the teams, officials and other participants may not be fully guaranteed due to the existence of a military conflict.”

UEFA said that it is also ready to rapidly reassess its position.

“The UEFA Executive Committee will remain on standby to convene further meetings to reassess the legal and factual situation as it evolves and adopt further decisions as necessary,” said a UEFA statement.