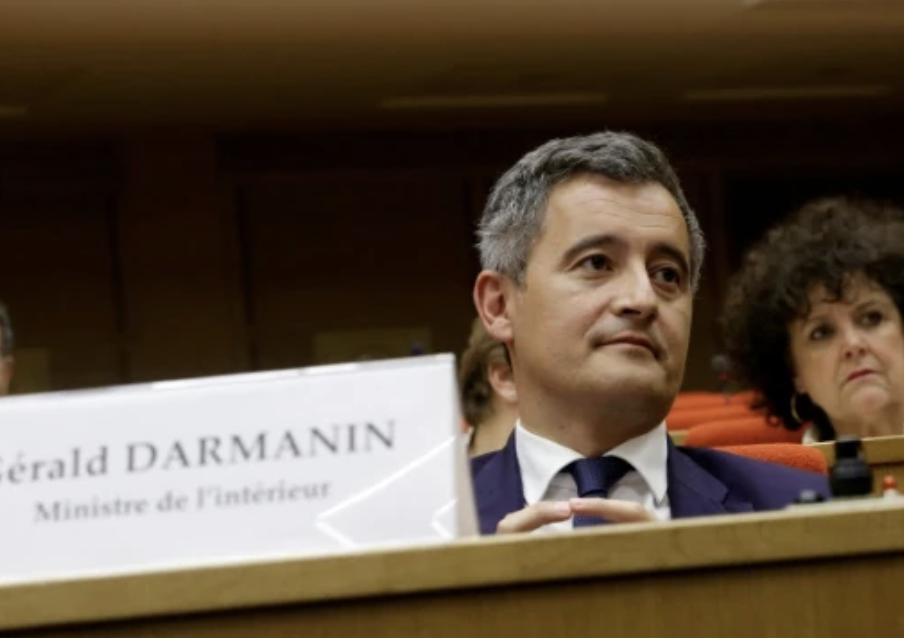 June 3 – In a three-hour debate in the French senate, French interior minister Gérald Darmanin and sports minister Amélie Oudéa-Castéa shied away from taking any responsibility for the dangerous chaos at the Champions League final on Saturday in Paris, repeating the bizarre claim that 50%-70% of tickets were counterfeit.

Instead of offering an in-depth explanation for the complete breakdown in the organisation at the world’s biggest club game, the pair doubled down. Darmanin cited that the French Football Federation (FFF) claimed 50-70% of tickets in circulation were fake.

Earlier this week, Darmanin spoke of “massive fraud to an industrial level and organisation of fake tickets”.

Throughout the Senate hearing, Darmanin seemed intent on blaming everyone and everything – from the RER B strike to counterfeit tickets and Liverpool fans. Never did he seem to want to take any of the blame or responsibility. His colleague, the French sports minister, was no different.

Oudéa-Castéa spoke of an “undoubtedly, unprecedented and difficult to anticipate number” of counterfeit tickets.

She added: “UEFA did not believe in the statistics of the number of counterfeit tickets.”  Her claim is contradicted by the exact number of fake tickets that were actually intercepted: 2589.

Darmanin said: “The police did not arrest people with counterfeit tickets because they had crowds to deal with.”

He went on to defend how French authorities and police had handled the situation on Saturday. He said that decisions by the public authorities had saved lives. The tear-gassing, he claimed, prevented supporters from getting crushed.

“There were 15,000 people in a bottleneck between the RER D exit at Saint-Denis and the bottleneck at the pre-filter check,” said Darmanin, who explained that a new filtering system was being tried out for the second time as France will host the Rugby World Cup next year.

“But when tens of thousands of people moved, the police and gendarmes, to push back the crowd, used means of dispersion,” explained Darmanin.

At 7.45pm, authorities lifted the pre-checks. The police then also retreated behind the stadium fence to prevent ticketless fans from entering and to avoid a crush outside.

Darmanin also presented various numbers: 81,000 people had made their way on public transport. He however failed to detail whether they actually travelled to the match. In total, he claimed 110,000 people were near the Stade de France before kick-off, based on figures from the FFF.

He repeatedly stated that there were no problems with or for Real Madrid fans, a version of events that doesn’t correspond with various media reports and supporters’ complaints.

Darmanin said: “All the notes say it, Liverpool pose problems of public order. Not all of their supporters, but some of them.” Oudéa-Castéa admitted that she had not read the security memo before the match.

Twenty-five senators then skewered the pair with questions.

“Why are you refusing to accept your responsibility in these events?” asked one senator.  Another senator remarked: “These figures pose so many problems. If we add everything up from these figures there were 100,000 Liverpool fans in Paris.”

Darmanin and Oudéa-Castéa failed to respond in a convincing and comprehensive manner.  Oudéa-Castéa, who referenced the Euro 2020 final in London and the Baroness Casey report, listed a number of suggestions to improve: crowd management, communication to the fans, security, fight against delinquency and the more systematic use of electronic ticketing, the latter of which she linked to Blockchain technology.