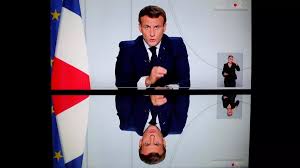 June 6 – French President Emmanuel Macron has waded into the debate over the Champions League final debacle by insisting that ticket holders who were denied entry to the Stade de France by security personnel should be compensated “as soon as possible”.

“I have an idea of ​​the families who were barred and could not get to the seats they paid for,” Macron was quoted as saying in the French media. “That’s why I hope we can make up for them as soon as possible.”

An independent investigation has been ordered by UEFA and Macron added: “I have asked the (French) government to clarify what happened and to determine the responsibility and explain it in detail to our citizens, the British and the Spaniards.”