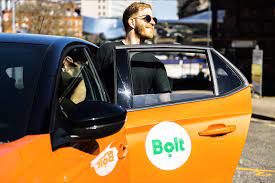 With online car retailer Cazoo driving its European expansion through shirt sponsorships of some of the continent’s biggest clubs encouraging fans to buy new cars, Bolt has chosen Europe’s most eco-friendly club to encourage consumers to do just the opposite.

Josh Ryan, Country Manager, UK Rides at Bolt said: “Bolt is thrilled to become a title partner of Forest Green Rovers. Not only is the club an inspiration on the field, it’s also an inspiration off it. They’ve done an absolutely fantastic job at showcasing what a change in approach and habit can achieve to the benefit of the environment in their industry, and we’re looking to do the same.

“Not only are we in the process of assessing how we can be more sustainably minded in our own operations, with our mission being to cut persistently high levels of private car ownership we’re also looking to encourage anyone and everyone who travels in some way to consider the same.”

FGR, who were promoted to League 1 at the end of last season, is working with Bolt in a series of sustainable travel initiative. FGR supporters will also be able to use Bolt’s network of rides across the country with over 20 towns and cities in the UK currently enjoying Bolt’s convenient, affordable ride-hailing offer.

Henry Staelens, CEO, FGR, added: “Ever since we first spoke with the guys at Bolt, it was clear they want to do the right things, for the right reasons – and have fun whilst doing it. So, we’re pleased to have them as such a big part of our maiden voyage into League One.

“We’re looking forward to seeing how their model fits into the world of fan travel – both for our supporters and other clubs, up and down the country.”