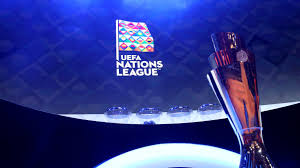 “These matches are important,” said Le Graet. “But quite frankly, they’re on a date that doesn’t make sense. This is valid for all countries, although our players may play more than others.”

On Friday, the world champions France will play their third game in seven days when they play Austria in Vienna in Group 1 of League A in the Nations League.   They kicked off their June window with a 1-2 home defeat to Denmark b before drawing on Monday 1-1 against Croatia in a replay of the 2018 World Cup final.

“I met my European colleagues and we wonder how we could accept this schedule,” continued the FFF boss, who supported Gianni Infantino’s plan for a biennial World Cup. “The players are tired. They are made to take risks. And it’s not finished yet. Above all, I hope that we won’t have any injuries yet… This calendar is insane. There are too many encounters. We’ll see in Vienna who’s on their feet. It is not our role to return players in poor condition to the clubs.”

The 2022 calendar has been squeezed because of the ripple effect of the global health crisis and the first-ever World Cup in winter. Qatar will stage the global finals in November and December because temperatures in summer easily top an unforgiving 40 degrees celsius. Even so, Australia will face Peru and New Zealand meet Costa Rica next week in Doha at an air-conditioned stadium in the battle for the last two World Cup tickets.