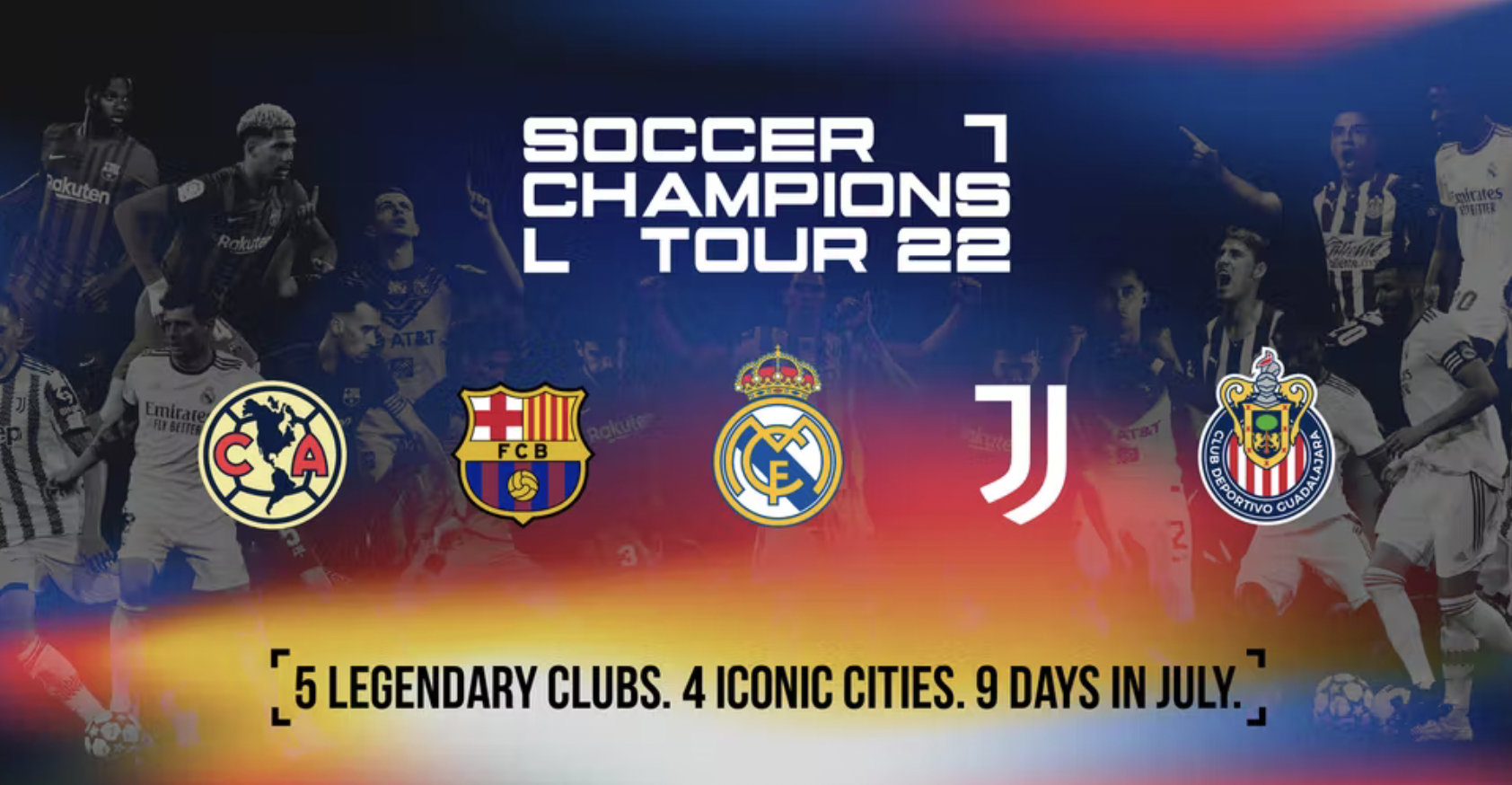 June 14 – Europe’s unholy trinity of Super League refusniks – Real Madrid CF, FC Barcelona, Juventus – are promoting their own pre-season event in the US, titled ‘The Soccer Champions Tour’, and backed by AEG, the world’s biggest sports and live entertainment company.

For good measure the three clubs – who will each play three times between Friday, July 22 and Saturday, July 30 – will also be promoted alongside Mexican giants Club Deportivo Guadalajara (perhaps better known as Chivas) and Club América.

The Mexican clubs will each play one game, no teams from the MLS will feature. The five games will be played in Las Vegas, Nevada, and California.

Pre-pandemic many of Europe’s biggest teams competed in the unofficial – and somewhat eclectic – International Champions Cup organised by Relevent Sports, but that competition ended in 2019. However, in 2022 International Champions Cup will be back as a womens teams tournament with Chelsea, Olympic Lyonnais, Monterrey and the Portland Thorns lined up to play in Portland in August.

AEG’s Soccer Champions Tour will play across four stadiums, opening at the 61,000 capacity Allegiant Stadium in Las Vegas before travelling to the 45,000 capacity Oracle Park, San Francisco, the 92,000 capacity Cotton Bowl in Dallas and the 90,000 capacity Rose Bowl in Los Angeles.

This matches see Barcelona and Real Madrid for the first time since 2019 and for Juventus since 2018.

“AEG is excited to launch this unparalleled soccer tour as five of the most exceptional soccer clubs in the world return to the United States this summer,” said Tom Braun, AEG Senior Vice President of Soccer & Business Operations and Business Development. “Following several years without seeing some of these teams in the United States, we are thrilled to provide the opportunity for soccer fans in the U.S. to once again watch their favorite European and Mexican clubs play in person.”