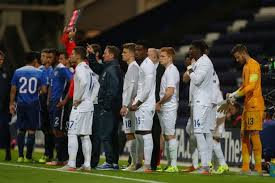 The decision comes two years after the beginning of the Covid-19 outbreak which prompted severe match scheduling challenges.

Many leagues decided to keep the five-sub rule last season and the International FA Board has now given it a firm green light though its use in different competitions will remain at the discretion of each organising body.

The English Premier League, for example, had allowed five substitutes when the idea was first floated in May 2020 but reverted back to three subs for the last two seasons. They have, however, agreed to five substitutes being permitted from next season.

Controversially, however, IFAB have decided against a trial of temporary concussion substitutes.

It said it reconsidered the idea of temporary replacements to deal with head injuries but that its focus would be on existing trials of additional permanent concussion subs.

“It was agreed that further education is needed to ensure the trial protocols are applied correctly,” IFAB said.

The ruling was taken despite an open letter to IFAB from former players and top consultant neuropathologist Dr. Willie Stewart which argued current concussion guidelines failed to protect player safety and urged the introduction of trials.

Its chief executive Dr Christopher Nowinski told the PA news agency: “Next year we will again be forced to watch players with concussions inevitably remain in the game, which not only risks their careers and lives, but also sends a confusing and dangerous message to vulnerable youth football players, their parents, and coaches.”

Meanwhile, semi-automated VAR offside technology is on track to be implemented at the World Cup in Qatar later this year.

Semi-automated VAR will enable offside to be detected in seconds, using 12 bespoke cameras installed under the stadium roof rather than standard television cameras, as is currently the case.

An alert will be sent automatically if a player is an offside position, and it is then the VAR’s job to determine whether the player is active and/or having an impact on play. Replays will also be available for broadcasters and stadium screens within 25 seconds.

FIFA president Gianni Infantino told a news conference in Doha following the IFAB meeting: “We tested it at the Club World Cup and it looks very good. We are very satisfied and we will take decision before the tournament.”

Pierluigi Collina, chairman of FIFA’s Referees Committee, added: “I’m confident it can go ahead. We want to achieve accuracy, quicker decisions, also more accepted decisions. We have seen in matches where the semi-automated offside was implemented that these objectives were achieved. It uses the same process as goal-line technology which is well accepted by the football community. We are confident that the same reaction can be given to semi-automated offside.”