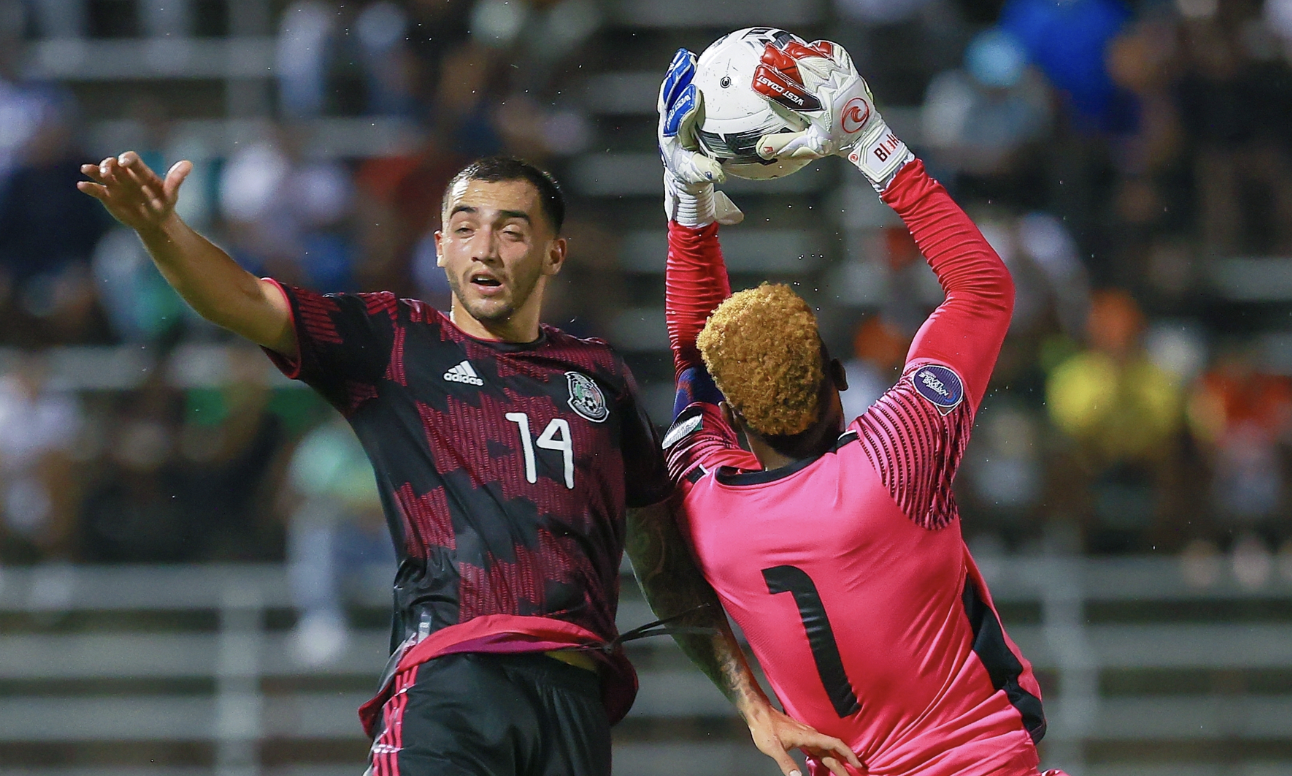 June 16 – Accepted natural order is that in Concacaf Mexico and the USA dominate, newly re-emerged Canada are now neck and neck with them, and Costa Rica lead the Central American challenge.

The half-way stages of League 1 of the Nations League don’t reflect the accepted wisdom. Not one of those countries – all of them representing Concacaf at the World Cup later this year – lead their groups.

Starting a game after other nations, Canada, Mexico, and the USA all opened with a bang. Canada thumped Curacao 4-0, USA hammered Grenada 5-0, and Mexico cruised past Suriname 3-0. All the wins were achieved at home.

All three nations played their second games this week, not one won.

Canada lost 2-1 to a Honduran team who struggled at the Gold Cup last year but have a proud ambition to return to being a top team in the region, the US drew 1-1 with El Salvador, while Mexico drew with Jamaica 1-1, who two matches earlier were left stranded by their FA in Suriname with no return flight booked.

Honduras, Jamaica and El Salvador top their groups with a game to play – all of them return fixtures against Canada, Mexico and the US.

In the fourth group in League 1, Panama are putting their World Cup qualification disappointments behind them and have a three point lead over Costa Rica.

Costa Rica could perhaps have been forgiven for having a greater focus on their upcoming final World Cup qualifier against New Zealand (which they won), but nevertheless, Panama will have enjoyed the 2-0 win over the Costa Ricans who took the Qatar 2022 qualifier play-off away from them in the final round of Concacaf qualifying.

When the final rounds of Nations League group play come round next March there is everything to play for with all four groups likely to go down to the wire.

The group winners qualify for the centralised Nations League Finals in June 2023. As the groups stand not one of the previous four finalists in 2021 are in a qualifying position.

Before the start of this second edition of the Nations League, Concacaf president Victor Montagliani described the Concacaf Nations League as being “transformational” for his member nations due to the increase in competitive and meaningful matches.

It is a new eco-system that is now challenging the previously accepted natural order. While there have often been challenges to the Mexico/US power axis, somehow those two nations have always bubbled to the top.

That of course could still happen in this edition of the Nations League, but in World Cup qualifying they were forced to accept these are different time and sit behind a resurgent Canada. Now there are others who want an equal place at that top table.