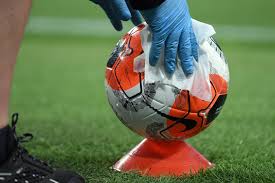 Clubs must also have taken “all reasonable steps” to avoid submitting an application, the league said.

The league has revised its guidance after a number of matches were postponed last term because of the Covid-19 pandemic, some of them spuriously. Some clubs were criticised for using loopholes regarding the number of players required to get matches called off.

Next season, for those testing positive for coronavirus, the date of the positive test and when symptoms first developed will have to be shown.

“Applications will only be granted where the impact of player unavailability on a club’s squad is truly exceptional and where the club concerned has taken all reasonable steps available to avoid the necessity to make the application,” said the Premier League.

Arguably the most high-profile game to be postponed was the north London derby between Tottenham and Arsenal.

The game was due to take place in January but the Gunners wanted it called off as they had “many players currently unavailable across our squad as a result of Covid, injuries and players away with their countries at AFCON”.

It turned out Arsenal had no more than two players struck down with Covid.

The decision to grant a postponement infuriated Spurs officials since Tottenham had been kicked out of the Europa Conference League by UEFA for failing to fulfil their fixture due to a genuine Covid outbreak.

They did, however, gain revenge on Arsenal by winning the rearranged fixture in May and eventually securing Champions League football ahead of their bitter rivals.