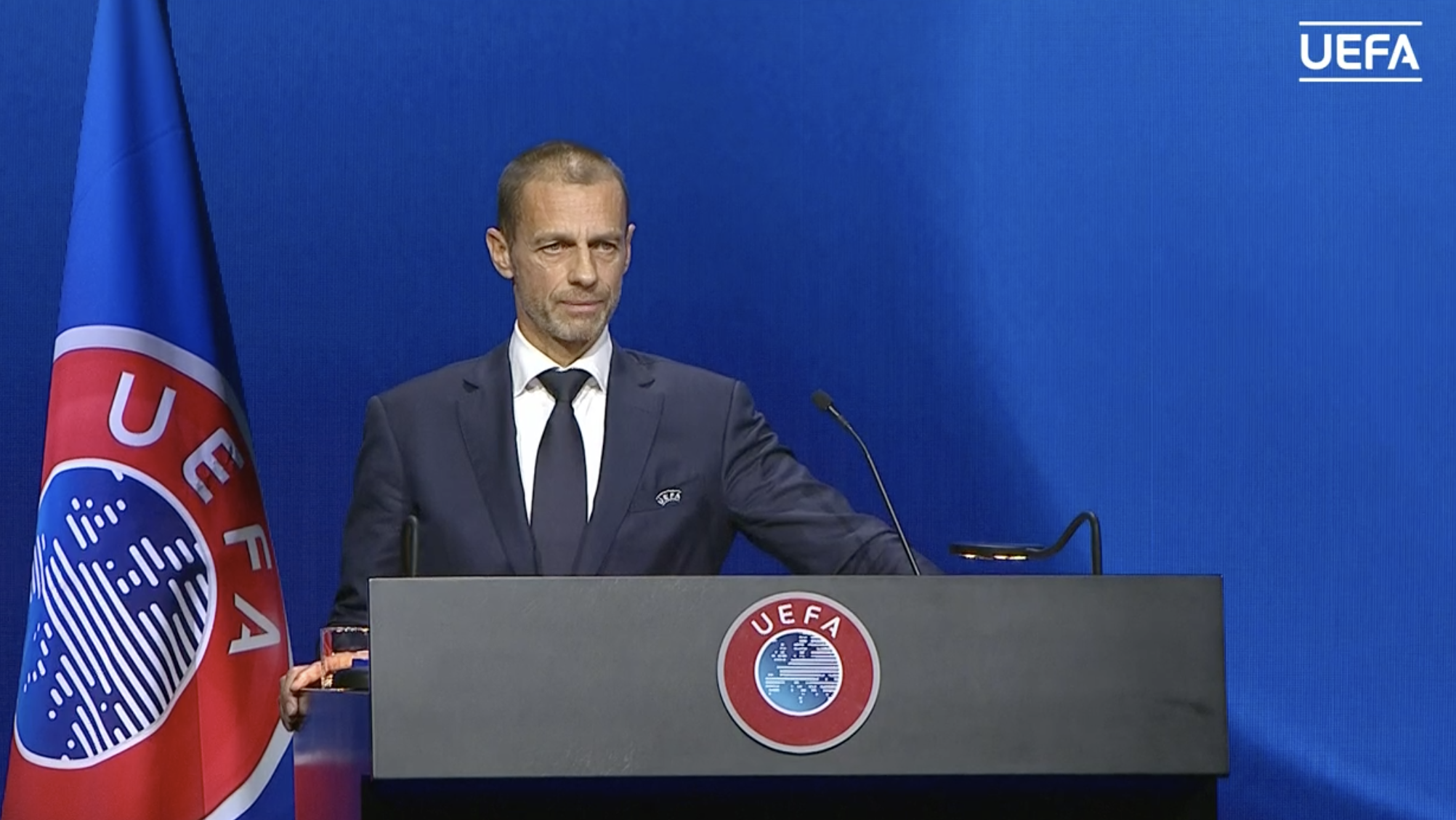 June 21 – The German FA (DFB) has thrown its weight behind the re-election of Slovenian Aleksander Ceferin as UEFA boss, citing his leadership during the Covid-19 pandemic as well as Nyon’s opposition against plans for a European Super League.

Ceferin will stand for re-election at the UEFA Congress in Lisbon on April 5. He was first elected as UEFA president in 2016 and again in 2019.

“Aleksander Čeferin distinguished himself in this role and safely led European football through challenging crises such as the corona pandemic,” said DFB president Bernd Neuendorf in a statement following a board meeting.

“We also expressly welcome his opposition to the creation of a European Super League. The DFB has full confidence in his actions and in him as a person.”

During the global health crisis UEFA released €236.5 million from the hat-trick programme to help its 55 member associations navigate the pandemic, but UEFA later backtracked on a €6 billion relief fund.

UEFA also gained praise for its opposition to Super League plans by a cabal of elite clubs, which Ceferin called “a brazen attempt by a handful of oligarchs and football aristocrats to launch a project that would have trampled on all the values of European football and European society” at the recent UEFA Congress in Vienna.

But there has been criticism at UEFA’s doors during Ceferin’s presidency as well, with reformed FFP rules lacking teeth, the staging of Euro 2020 matches in LGBT-unfriendly Budapest, the Swiss model in the Champions League seen as another concession to the big clubs, and the bungling of two major European finals within the space of a year.

Next year promises to be a busy elective year with all of UEFA, the Asian Football Confederation (AFC) and FIFA staging their presidential elections. So far, the three incumbents Ceferin, Sheikh Salman and Gianni Infantino are running unopposed for re-election.