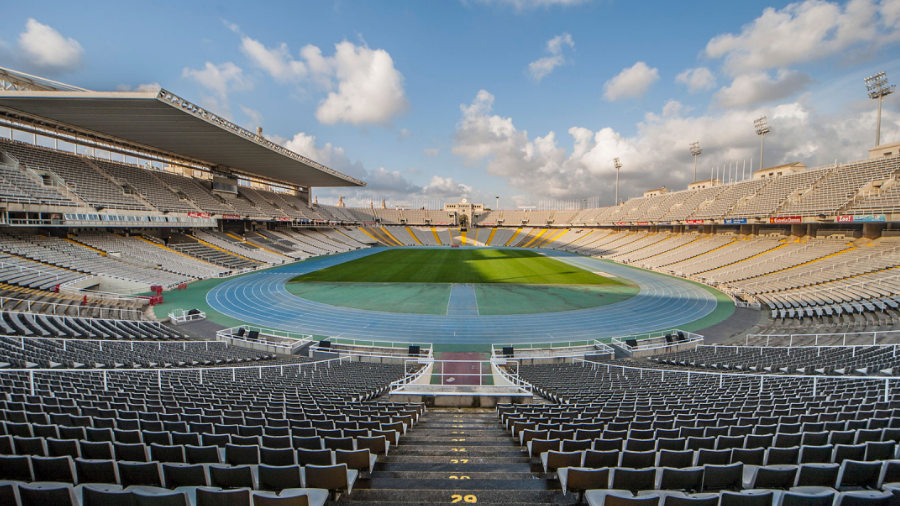 June 22 – Spanish giants Barcelona will leave their gigantic Camp Nou stadium for the 2023/24 season while major construction work is being undertaken in the £1.3 billion renovation of the stadium and its surrounding area – the Espai Barca project.

They will relocate to the 60,700-capacity Olympic Stadium but Barcelona president Joan Laporta said it would only be for a season and that they would be back in the Nou Camp – though with a reduced capacity while work continues – for the 2024/25 season.

The Estadi Olimpic Lluis Companys was formerly the home of Espanyol from 1997 to 2007 and hosted the Olympic Games in 1992.

The redevelopment of the Camp Nou will see capacity increased from its current 99,000 to 110,000, including the construction of a roof.

“Work begins on the first and second levels this summer and when major work is done on the third level and roof, we’ll play here,” said Laporta, making the announcement at the Olympic Stadium.

The Olympic Stadium is undergoing about €15-20 million of improvements before Barcelona can transfer across the city, including new dressing rooms, media zone and surrounding areas.

Having spent a season at the Olympic Stadium the club will return to the renamed Spotify Camp Nou. That sponsorship is worth £237 million.