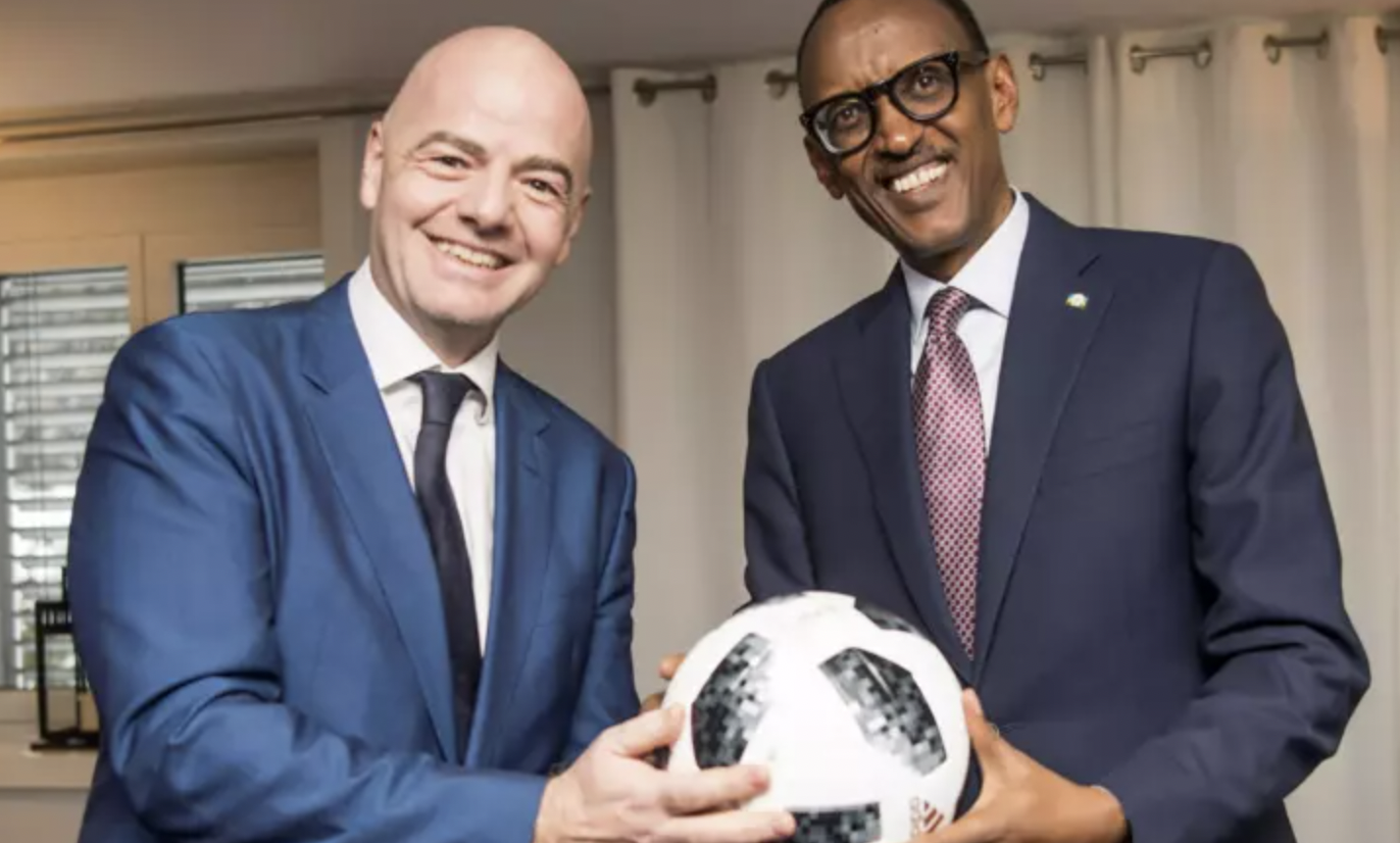 June 24 – Kigali will form the stage for next year’s FIFA presidential elections following the world governing body’s announcement that the 73rd FIFA Congress will be staged in the Rwandan capital in March.

The announcement came on the day that Gianni Infantino (pictured left) attended the forums of the Commonwealth Heads of Government Meeting (CHOGM) in Kigali.

Speaking at a panel alongside Confederation of African Football (CAF) president Patrice Motsepe, Infantino stressed that football is a sport that unites. He said that “Qatar will be uniting the whole of the Arab world and the next one will be in the North America where there are two countries that were about to be separated by walls.”

Motsepe added: “It is fair to say that the spotlight of the World Cup has transformed Qatar in terms of workers and human rights and minimum wage among others.”

Both football officials will be back in the Rwandan capital for the 2023 FIFA Congress where Infantino will seek re-election. Infantino already enjoys support in Africa for his re-election with South Sudan publicly backing the incumbent. New COSAFA president Artur Almeida e Silva pledged that his block will vote for Infantino while in western Africa NFF president Amaju Pinnick has been canvassing support for the FIFA president.

The choice for Kigali however is a controversial one, with Rwandan dictator Paul Kagame (pictured right) often accused of laundering his reputation through sports. Kigali is the fourth African city after Marrakech (2005), Johannesburg (2010) and Port Louis (2013) to host the Fifa congress.

In 2016, Rwanda hosted the African Nations Championships (CHAN) and in 2021 various major basketball and volleyball championships. Visit Rwanda is a sponsor of both Arsenal and Paris Saint-Germain.

Kigali is also a contentious destination after the UK government’s push to deport illegal migrants to Rwanda in what it calls relocation “intended to deter people from making dangerous journeys to the UK to claim asylum”.

FIFA staged this year’s congress in Doha, Qatar, on the eve of the World Cup draw. Norwegian FA president Lise Klaveness delivered a powerful and personal speech that called for inclusion and reparations for dead workers as she criticised Qatar’s human rights record and anti-LGBT laws.