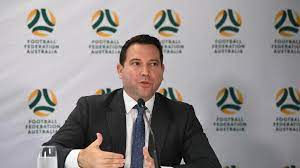 July 6 – Australia have shelved plans to bid for hosting the Asian Cup 2023 but is looking at a joint bid for the 2030 World Cup.

Australia, with New Zealand, is hosting the 2023 Women’s World Cup. Bidding for the men’s event in 2030 would be a natural progression, Football Australia chief executive James Johnson told Reuters.

“We’ve got to look at us as a region and yes, absolutely with New Zealand, but also we’ve got a lot of eyeballs and growth in Southeast Asia as well. I think we need to explore both.”

Johnson ruled out being the replacement host for 2023 for the Asian Cup but left the door open if the AFC decided to move the event from its current Summer 2023 scheduled slot, and back to its former January dates. That would mean pushing the Asian Cup back into 2024, not unlike the Africans have decided to do with AFCON.

Australia bidding for 2030 would be a re-entry into a FIFA bidding process it has vociferously criticised in the past following its failed attempt to win the 2022 World Cup.

FIFA’s processes for awarding World Cups have significantly changed since then, not least that it is a now a vote taken by the full membership of FIFA rather than a 24-person executive committee. Even so, FIFA votes are always fraught and intense affairs, and Australia and any joint partner, would need a lot of support in a not always transparent process to get a winning bid.