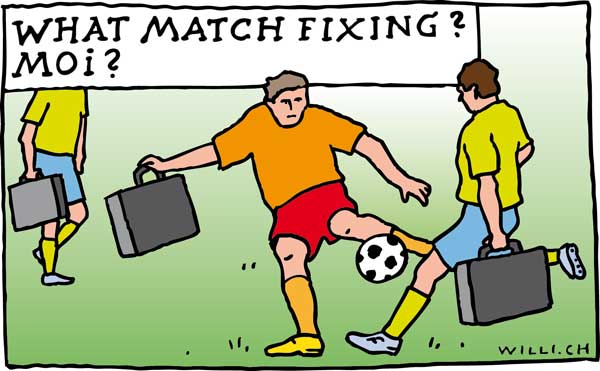 July 6 – The Sierra Leone Football Association (SLFA) is launching a match-fixing investigation into a pair of games that farcically featured no fewer 187 goals, finishing 95-0 and 91-1 respectively – two of the most one-sided margins in the history of the game.

Players and officials who competed in the two games are being probed after Kahula Rangers beat Lumbenbu United 95-0, while Koquima Lebanon were on the receiving end of the 91-1 annihilation by Gulf FC.

In a statement, Sierra Leone’s FA said they had a ‘zero tolerance’ policy against any match fixing and said anyone involved would face ‘the full force of the law’.

“Following recent reports on two 1st division matches – Gulf FC vs Koquima Lebanon and Lumbenbu United vs Kahula Rangers – in the ongoing Eastern Regional Super 10 League, which apparently produced impractical results of 91-1 and 95-0 respectively, the Sierra Leone Football Association (SLFA) would like to inform the general public that it has opened an official investigation into the outcome of the said matches,” a statement said.

“The general public is therefore assured that the said matter will be thoroughly investigated and anyone found culpable will face the full force of the law.’

The two games were all the more suspicious given the half-time scores were only 2-0 and 7-1 respectively! Both matches have now been annulled due to suspicions of match manipulation.

SLFA president Thomas Daddy Brima told the BBC: “We can’t stand by and see an embarrassing situation like this go unpunished. We’re going to launch an immediate investigation and bring to book all those responsible for this mediocrity.

“All those found guilty will be dealt with in accordance with the SLFA laws, and will also be handed over to the country’s anti-corruption commission.”