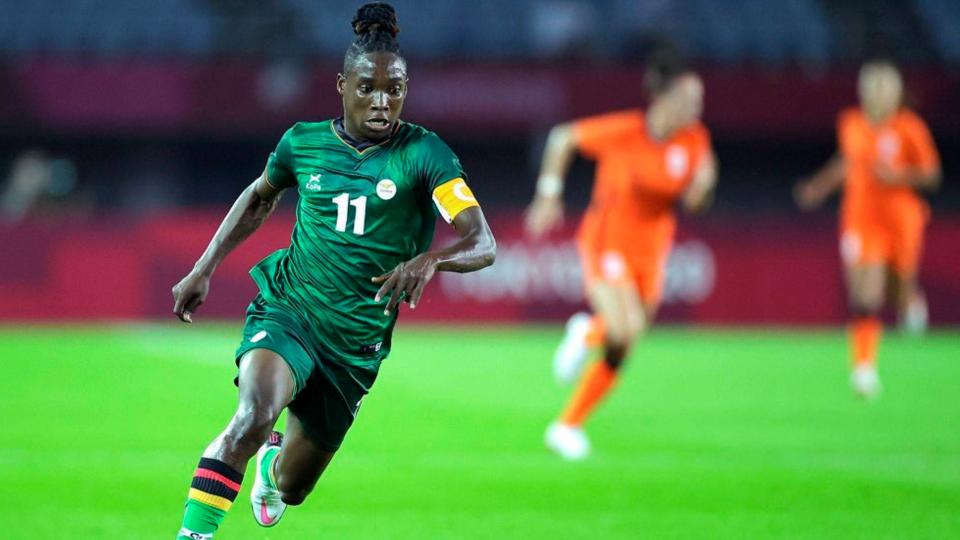 July 6 – Zambian captain and star Barbra Banda has been ruled out of the Women’s Africa Cup of Nations over ‘gender eligibility’ issues, prompting controversy at the tournament.

Her exclusion from the finals has sparked criticism as the president of Zambia’s FA (FAZ) Andrew Kamanga said: “All the players had to undergo gender verification, a CAF requirement, and unfortunately she did not meet the criteria set by CAF. It’s unfortunate that we find ourselves going into the tournament without our best players.”

Last year, Banda was one of the breakout stars at the 2020 Olympic Games in Tokyo, scoring goals and proving a constant menace up front, but she met the Olympic gender requirements, she has failed to meet the the criteria set by FIFA, which apply to the Women’s Africa Cup of Nations. The discrepancy between the requirements has gone unexplained.

“Everybody at home [in Zambia] has been made to believe that Faz did nothing and decided on their own to exclude the player,” Kamanga told BBC Sport.

“We the federations are compelled to undertake the tests and then we pass on the information to Caf, and Caf, equally, test the players if needs be in the tournament. So it will be unfair to turn around and say Caf is not part and parcel of whatever has transpired.”

The striker plays for the Chinese side Shanghai Shengli and is training with the Copper Queens in Morocco.

At the weekend, Zambia got their Women’s Africa Cup of Nations campaign underway with a goalless draw against continental powerhouses Cameroon and they will face Tunisia and Togo in their two remaining Group C matches.

The Women’s AFCON doubles up as World Cup qualifying for next year’s global finals co-hosted by Australia and New Zealand.  The four semi-finalists will automatically earn their qualification tickets while the two quarter-finalists will have to battle it out in the inter-continental play-offs for a spot.