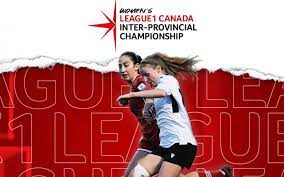 July 12 – Canadian Soccer Business, the body that holds all the rights for Canada Soccer’s national teams and the Canadian Premier League, has announced a Women’s Inter-Provincial Championship that is seen as the first steps along the way to creating a professional women’s league in Canada.

The Canadian women’s team are the reigning Olympic champions and are currently preparing for the semi-finals of the Concacaf W Championship in Monterrey, Mexico, where they will meet Costa Rica on Thursday. While the bulk of the women’s squad played all their junior football in Canada, not one is currently playing club football in the country.

“The introduction of the Women’s Inter-Provincial Championship is an exciting milestone in the evolution of the Canadian soccer” said Breagha Carr-Harris, Head of Women’s Professional Soccer for Canada Soccer.

“The Championship offers the opportunity for top tier athletes within the Pro-Am leagues to compete against each other for the first time, while also building an important alliance between Canada’s existing provincial Division III Pro-Am soccer leagues. This competition and partnership are both pivotal elements in building a Canadian identity within our sport. I look forward to cheering on the teams as they participate in the inaugural tournament, and for years to come.”

The inaugural four-team women’s tournament will be played from August 12 to 14, at Le Complex Sportive Bois-de-Boulogne in Laval, Quebec. It will include one team representing League1 BC, the winner of League1 Ontario’s Women’s Championship and the champion and runner-up of PLSQ (Quebec).

All matches will be broadcast on OneSoccer in Canada.

“The League1 Canada Women’s Inter-Provincial Championship is an important step for our new national alliance, as we work to unify, elevate and expand pro-am soccer in Canada,” said Dino Rossi, president of League1 Canada.

“Growing the women’s game in our country is a main objective of League1 Canada. Implementing such inter-provincial competitions is instrumental to that development, as we work toward the creation of a domestic professional women’s league from coast to coast.”