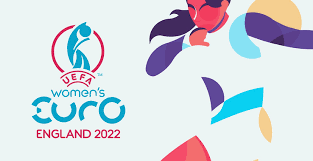 July 14 – The group stage in the women’s Euros reaches an important climax over the next few days with several big guns fighting for their lives to stay in the competition and reach the last eight.

On Friday, the same night the already qualified host nation take on Northern Ireland, two-time champions Norway face Austria knowing that anything but victory will knock them out of the tournament.

Norway’s hopes of avoiding a second straight group exit looked good after they thrashed Northern Ireland in their opening game. But they now return to the same stadium in Brighton where England annihilated them with a record 8-0 win.

On paper, Norway would have been tipped to get the win they need against Austria before the tournament began. They have won four of their five meetings with Friday’s opponents. But the Austrians only require a draw to match their 2017 achievement of getting out of their group.

If Norway are under pressure, Spain – one of the pre-tournament favourites – are even more so and face Denmark on Saturday in a straight shootout for the second quarter-final spot in their group with Germany having already qualified.

“We have to prepare ourselves mentally,” said Spain boss Jorge Vilda after his side were beaten 2-0 by Germany.