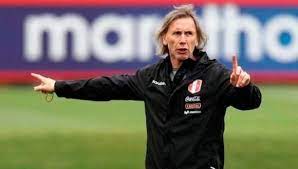 July 18 – Peru and Ricardo Gareca have parted ways a month after the Argentinean coach failed to guide the country to a second consecutive World Cup.

“Thank you for giving us one of the best periods in Peruvian football,” wrote the Peruvian Football Federation (FPF) in a tweet. “We hope that you continue to be successful in your sports career and that you can continue to have fun with it.”

The FPF didn’t extend Gareca’s contract following a failure to qualify Peru for the World Cup in Qatar. Gareca reportedly refused to accept a lower salary.

Having arrived in Lima in 2015, he led Peru to the 2018 World Cup in Russia where they exited in the first round in a group with France, Denmark and Australia. It was Peru’s first World Cup participation since the 1982 World Cup in Spain.

Gareca built a solid team from a limited squad, but Los Incas were not good enough to defeat Australia in last May’s World Cup playoff.

It took Peru 98 minutes to register an attempt on goal, a measure of their poor performance, and with no goals in 120 minutes, Andrew Redmayne, the Socceroos reserve goalkeeper, who jumped to and fro, proved to be the hero in the penalty shootout.

Hernan Crespo, coach of Duhail in Qatar, and Santiago Solari have been cited as potential replacements for Gareca.