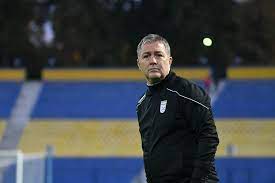 July 18 – In a chaotic u-turn, even by Iranian football standards, just six days after dismissing Dragan Skocic as head coach the Iranian Football Federation has re-instated the Croatian who will lead the country into November’s World Cup after all.

The change of heart reportedly came after a meeting of the IFF board of directors.

“The outcome of the meeting is that Dragan Skocic is the head coach of Iran’s national team and will continue to be so,” said spokesman Ehsan Osuli. “He has a contract until the end of the 2023 Asian Cup.”

Skocic had won 15 of his previous 18 games in charge and no team recorded more points in Asian World Cup qualifying.  But the federation voted to fire Skocic, who took the job in early 2020, on July 11 after a friendly defeat to Algeria amid reports of divisions in the team.

With Skocic now remaining in the job, reportedly following a backlash from fans, the federation has appealed for unity.

“We ask that the national team players, the media, ex-players and everyone unite for the common goal to elevate the name of Iran,” Osuli added.

Iran will participate at the World Cup for the sixth time in the country’s history and for the third consecutive occasion. They kick off against star-studded England on Nov. 21