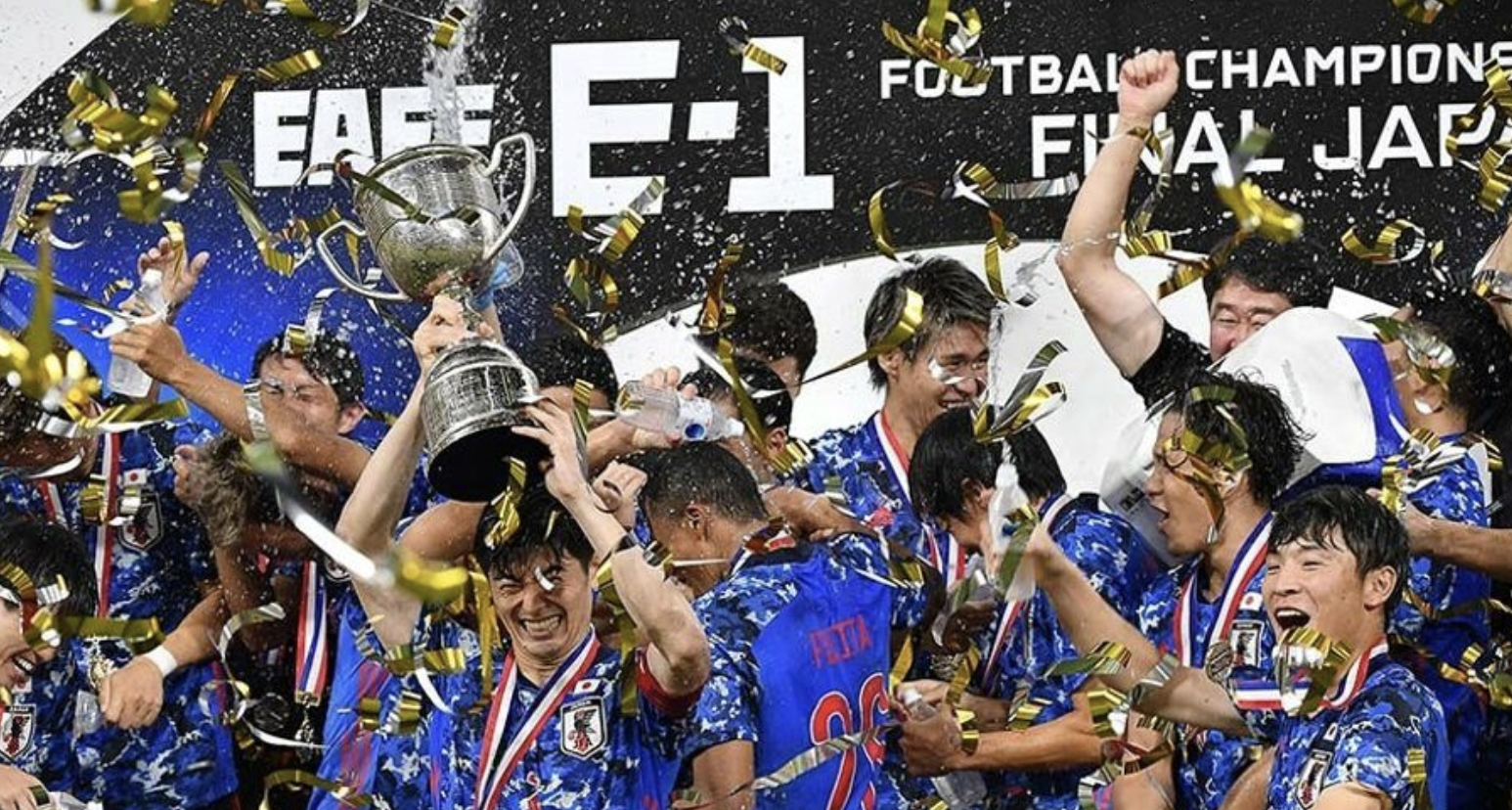 Japan needed to beat South Korea to come top of the table in the four-team final played as a single-tie league. Japan had beaten Hong Kong 6-0 and drawn 0-0 with China in their previous games. South Korea had beaten both.

Victory meant Japan won the title for a second time while Korea Republic failed to add a sixth to their haul.

Japan dominated the Koreans from the start with Korea goalkeeper Jo Hyeon-woo keeping the Koreans in the game first and 33rd minutes with key saves, while forward Yuki Soma’s low shot hit the post in the 19th minute.

However, Japan turned up the power in the second half with three unanswered goals.
Soma was on the scoresheet four minutes into the second half as his header found the back of the net from a cross by midfielder Joel Chima Fujita. Soma then turned provider as Sho Sasaki headed home in the 63rd minute. Shuto Machino rounded off the victory 10 minutes .

In the women’s finals Japan went into the final match of the tournament needing only a draw with AFC Women’s Asian Cup India 2022 winners China to win the 2022 EAFF E-1 Women’s Football Championship.

It was sweet revenge for the Japanese who lost to China in the Asian Cup semi-finals.

China went into the final game two points adrift of Japan having beaten Chinese Taipei but only drawn with South Korea. Japan had won both their previous games.

The 0-0 draw was enough for the Japanese in a tight match to give them their fourth title and deny China their first.
Korea Republic finished third after a 4-0 win over Chinese Taipei.