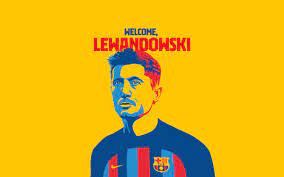 August 8 – Debt-ridden Barcelona have suffered a massive pre-season blow after being blocked by LaLiga from registering their five summer signings ahead of the new Spanish season.

For weeks, Barca have defied footballing financial logic by going on a spending spree of more than €150 million despite their crippling debts, baffling pundits.

They managed to do so by apparently selling a stake in their La Liga TV rights for the next 25 years to US private equity firm Sixth Street while the club has also offloaded 25% of Barca Studio, which handles Barcelona’s digital output

The two deals are reported to have raised €767 million but Barca have nevertheless been told that their five stellar signings – Robert Lewandowski, Jules Koundé, Franck Kessie, Andreas Christensen and Raphinha – cannot be registered unless they further reduce their financial outgoings and pull a fourth so-called “economic lever”.

Nor can two players who have recently renewed contracts that had expired – Ousmane Dembélé and Sergi Roberto – be registered under LaLiga’s financial rules.

Manager Xavi ideally wants all seven players to be available for the start of the league on August 13 and club president Joan Laporta has pledged to try and bring in considerable revenue before then, with the sale of a further stake in Barca Studios looking to be one option

Player sales are the other route to raising the cash and reduce the spending on wages to come within LaLiga’s financial control rules. Frenkie De Jong, coveted by Chelsea and Manchester United, is Barca’s most saleable asset. His sale could bring up to €85 million in revenue while Memphis Depay’s departure would take the total over €100 million.

Laporta will have to work fast as Barca open their new season against Rayo Vallecano on next Saturday.