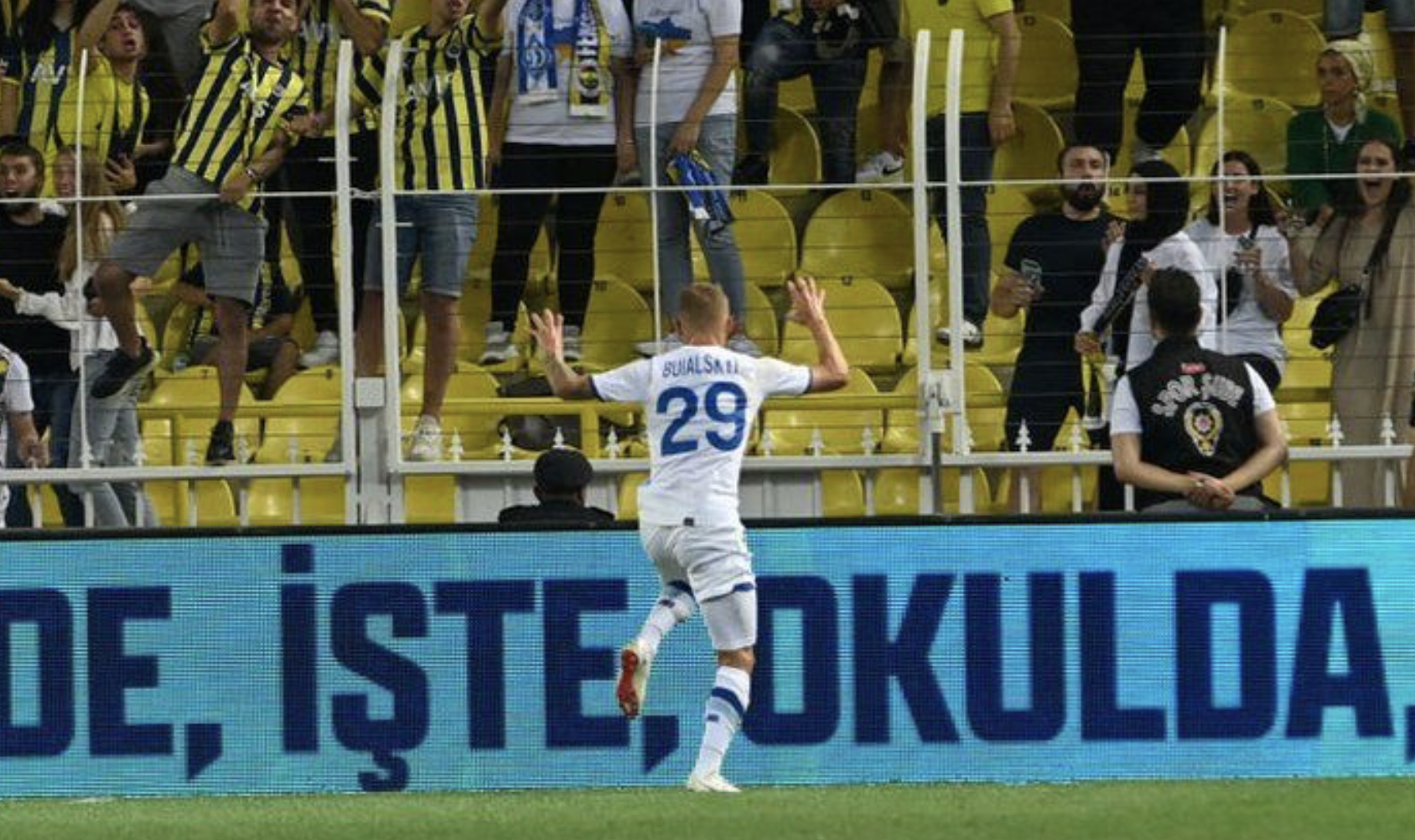 August 8 – Fenerbahce have been handed a one-game partial stadium closure by UEFA, suspended for two years, after their fans chanted Russian President Vladimir Putin’s name in a Champions League qualifier against Dynamo Kyiv.

The chanting appeared to have started after Dynamo midfielder Vitaliy Buyalskyi celebrated giving his side the lead by making an eagle gesture with hands, which some fans believed to be a nod to Fenerbahce’s arch-rivals Besiktas.

The incident led to Dynamo’s Romanian coach Mircea Lucescu boycotting the post-match news conference and UEFA has now sanctioned the Turkish club, knocked out 2-1 on aggregate in the second qualifying round, for the behaviour of its fans.

UEFA said the punishment was for “the throwing of objects and transmitting a provocative message of an offensive nature, i.e. illicit chants”. The club have also been fined €50,000.

Fenerbahce previously said that the chants lasted 20 seconds and were prompted by the “exaggerated” celebrations of some Kyiv players after the goal. Fenerbahce’s club president, Ali Koc, called the chants “inappropriate” but refused to apologise.

“I think it was an inappropriate and unnecessary chant, far from how we view ourselves as a club. But what can we do? Shut their mouths?,” Koc said. “We’re not going to apologise to Ukraine.”

Tellingly, there were no words of condemnation from the Turkish government.