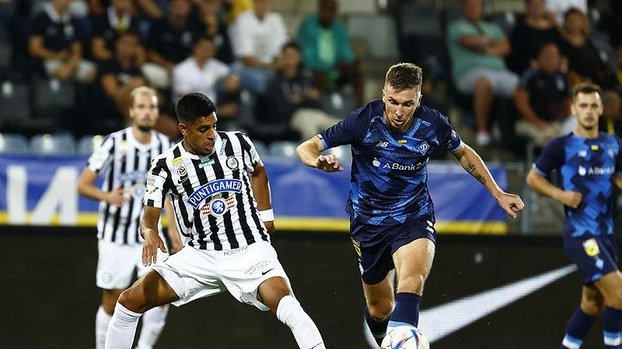 August 10 – Despite their country being ripped apart by the Russian invasion and flattened by heavy artillery, Dynamo Kyiv are moving towards the group stage of Champions League following an extra-time 2-1 win over Austria’s Sturm Graz in the third qualifying round on Tuesday for a 3-1 aggregate victory.

Remarkably, Kiev are now two games away from making the lucrative group stage of the competition with a two-leg playoff to come against Benfica. Dynamo will host the first leg next week in Łódź, Poland, where it is playing its ‘home’ games because of the war

Dynamo’s four Champions League qualifying games in the past 20 days are the only competitive matches it has played all year, mainly with depleted squads.

Shakhtar Donetsk has already earned its place in the Champions League main draw by finishing top of the Ukrainian Premier League when it was abandoned last season because of the war.

In other fixtures Tuesday, Benfica went through 7-2 on aggregate against Midtjylland of Denmark, while PSV Eindhoven edged out Monaco in extra time with a last-ditch rally. PSV next face Rangers, who wiped out Union Saint-Gilloise’s two-goal lead from the first leg, winning 3-0 in Glasgow and 3-2 on aggregate.