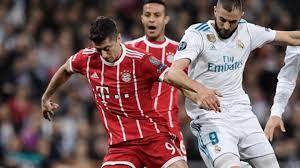 August 12 – As Liga gets under way this weekend, the question on everyone’s lips is still unanswered: when will Barcelona be allowed to field their new signings after a summer spending spree?

Whether Barca can break Real Madrid’s domination is largely dependant on if and when their marquee arrivals – Robert Lewandowski, Jules Koundé, Franck Kessie, Andreas Christensen and Raphinha – will be permitted to take part.

For weeks, Barca have defied footballing financial logic by raiding the transfer market despite their crippling debts. To meet LaLiga’s club financial rules they have also embarked on a sale of key assets, mandated by the members earlier in the year

To date Barca have sold a stake in their La Liga TV rights for the next 25 years to US private equity firm Sixth Street while the club has also offloaded 25% of Barca Studio to blockchain-based Fan Token specialist Socios.com.  Barca Studio is the content production company which handles Barcelona’s digital output.

The first two deals are reported to have raised €767 million and the most recent – the sale of a further 24.5% in Barça Studios for €100 million to American investment fund GDA Luma – an extra €100 million. But it still doesn’t appear to be enough for Barca to satisfy the league – yet.

After cruising to last season’s title by 13 points and winning the Champions league, Real head into the new campaign with high hopes of claiming consecutive league crowns for the first time since 2008.

Carlo Ancelotti has strengthened his squad with the capture of centre-back Antonio Rudiger from Chelsea and defensive midfielder Aurelien Tchouameni from Monaco.

However Real’s unexpected failure to land Kylian Mbappe means Benzema, at 34, is the squad’s only genuine centre-forward – a potential weak point for others to exploit.

Last season was disappointing for Atletico Madrid as they surrendered their LaLiga crown without putting up much a fight.

Despite that, they still finished third behind Real Madrid and Barcelona and coach Diego Simeone will be demanding his team compete again with the big two despite having been prevented from improving his squad due to financial restrictions – the same LaLiga rules requiring them to balance their books that have hampered Barcelona.

Simeone does have the return of Spanish internationals Alvaro Morata and Saul Niguez from being on loan at Juventus and Chelsea, but they both have had a difficult relationship with Simeone. Neither of the loan clubs took up options to sign the players who would have cost about €35 million each.