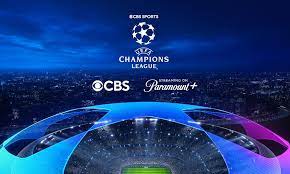 August 22 – Paramount and CBS have struck a record six-year $1.5 billion deal with UEFA for the US broadcast rights to the Champions League, Europe’s premier club competition.

Starting in the 2024-2025 season, CBS will pay $250 million a year for the rights, seeing off competition from e-commerce and streaming giant Amazon, which holds broadcasts deals with UEFA in the UK, Germany and Italy.

That’s an increase of 250% from the previous deal as the Champions League will enter a new era with the introduction of the ‘Swiss system’ in the group stages and a substantial uptick in the number of matches. The format change will give Paramount 189 games per season starting in 2024 instead of the current 125.

“UEFA has been a key driver for Paramount+ since our launch and we are thrilled to extend this successful partnership showcasing even more world-class soccer through the 2029-30 season, building on the incredible momentum we have created the past two years,” said CBS Sports chairman Sean McManus.

“UEFA is a perfect example of our differentiated strategy presenting marquee properties to drive and strengthen both our streaming and traditional linear businesses. This multiplatform approach allows us to leverage the power of Paramount Global to reach the broadest possible audience and elevate and grow the reach of UEFA in the United States.”

To crack the US market, the European governing body worked with the US marketing agency Relevent Sports as well as the European Club Association. The broadcast rights for both the Europa League and Conference League were also marketed.

Premium football (soccer) content has become a major battleground in the US sports rights market.

CBS extending their rights deal with such a big increase is a sign the broadcaster is confident of the continued growth for the game as the country prepares to take the lead role in hosting the expanded 2026 World Cup.

The CBS deal follows NBC’s $2.7 billion six-year agreement in May to retain the rights to the Premier League.