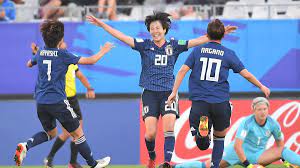 August 26 – In a repeat of the 2018 final, Japan and Spain will compete for the U20 Women’s World Cup crown on Sunday after Brazil and the Netherlands fell in the last four of the tournament.

Spain took the lead midway through the first half of their semi-final after a clumsy pass in the Dutch defence. Inma Gabarro obliged to score the 1000th goal in the history of the U-20 tournament and three minutes later Spain’s number nine doubled their strike with a fabulous goal in the top corner.

The Netherlands reduced the deficit after the break but failed to find an equaliser against a Spanish side that were typically dominant and skilful in possession.

In the second of the semi-finals, Yuzuki Yamamoto handed Japan the lead with her third goal of the World Cup, a half-volley that Brazilian goalkeeper Gabi Barbieri let slip under her body.

The Brazilians equalised in the 55th minute through Cristina, but again the goalkeeper was not entirely flawless, failing to tip the elevated attempt over the bar. Buoyed by their goal, Brazil went in search of a winner, but with a wonderful 84th-minute chip Maika Hamano ensured Japan’s progress to a second consecutive final.

Four years ago, Japan defeated Spain in the final 3-1 to claim their first-ever U-20 women’s crown after having won bronze medals in 2016 and 2012.

The final is a reflection of how two of the best nations in youth development have remained consistent in their approach in the past years. Brazil and the Netherlands will feature in the bronze medal match.