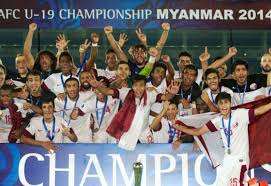 September 5 – The AFC is heralding a return to a full post-covid calendar of men’s elite football with the U20 Asian Cup qualifiers that will kick off group stages this weekend in centralised venues across the region.

Qualification is for the Uzbekistan 2023 finals and is the first time since 2018 national youth teams in the AFC region have been involved in qualifying competition.

The qualifiers also mark a new era for the AFC’s age-group tournament, with the U20 replacing the U19 competition and organised without the zoning principles, as the top two teams advance to the Finals in Uzebekistan next year.

Uzbekistan have stepped up within the AFC as a host for youth finals as the confederation returns to full play. In June the country hosted the finals of the AFC U23 Asian Cup 2022, recording a number of record attendances.

The AFC U20 qualifiers are the first time that nations will meet outside of the regional zones in the qualifying rounds.

The opening game will be in Group C will see Palestine and Yemen play in Laos before the host nation take on Guam three hours later. The five-team group also includes regional heavyweights Japan, who are in action two days later against Laos.

In Group D, Chinese Taipei will start against Syria at the Applied Science University Stadium at 4.30pm followed by the Northern Mariana Islands versus Turkmenistan. Host nation Jordan are in action on September 12 against Turkmenistan.

Bhutan and Nepal begin qualifying in Bahrain, before the hosts face Bangladesh three hours later. Meanwhile, Qatar will kickstart their qualification march on September 12 against Nepal.

Uzbekistan, who have already qualified as host nation, have been drawn into Group A but all their matches will be considered as friendlies. They first play the Maldives before Myanmar take on China. Group hosts and 2018 champions Saudi Arabia open their campaign against Maldives two days later. 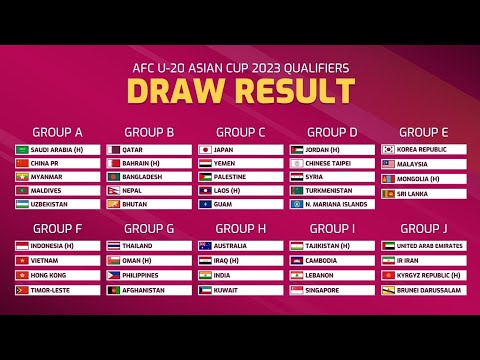