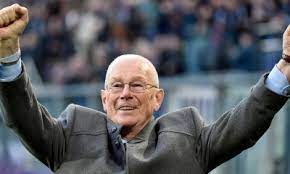 Verschueren had been at a care home to recover from a knee injury but passed away on Wednesday morning.

“Under his leadership, the Mauves won eleven league titles, three cups and the UEFA Cup in 1983. The club wishes to express its deepest condolences to his family and friends,” said a club  statement.

Born in 1931 in Boortmeerbeek, Verschueren took his first steps in the game at Eendracht Aalst as a physical coach before becoming general manager at Daring Molenbeek. In 1980 he moved to crosstown rival Anderlecht, a club with success in Europe at the time.

Together with chairman Constant Vanden Stock, he developed Anderlecht into a modern club. He was one of the first in Europe to introduce the idea of corporate hospitality.

As Anderlecht grew, so did their rivalry with Club Brugge, the now dominant club in Belgium. Under Verschueren. With a seat on ECA, Verschueren however protected Anderlecht’s position.

“Michel Verschueren was a manager who controlled everything but made everyone work,” said former Anderlecht and national team coach Aimé Antheunis.

“As coach of Anderlecht, he let me be. He did not interfere with my work but he did think that the results needed to be there. If the work was good, he would fully support you. Michel Verschueren was the cement of Anderlecht.”