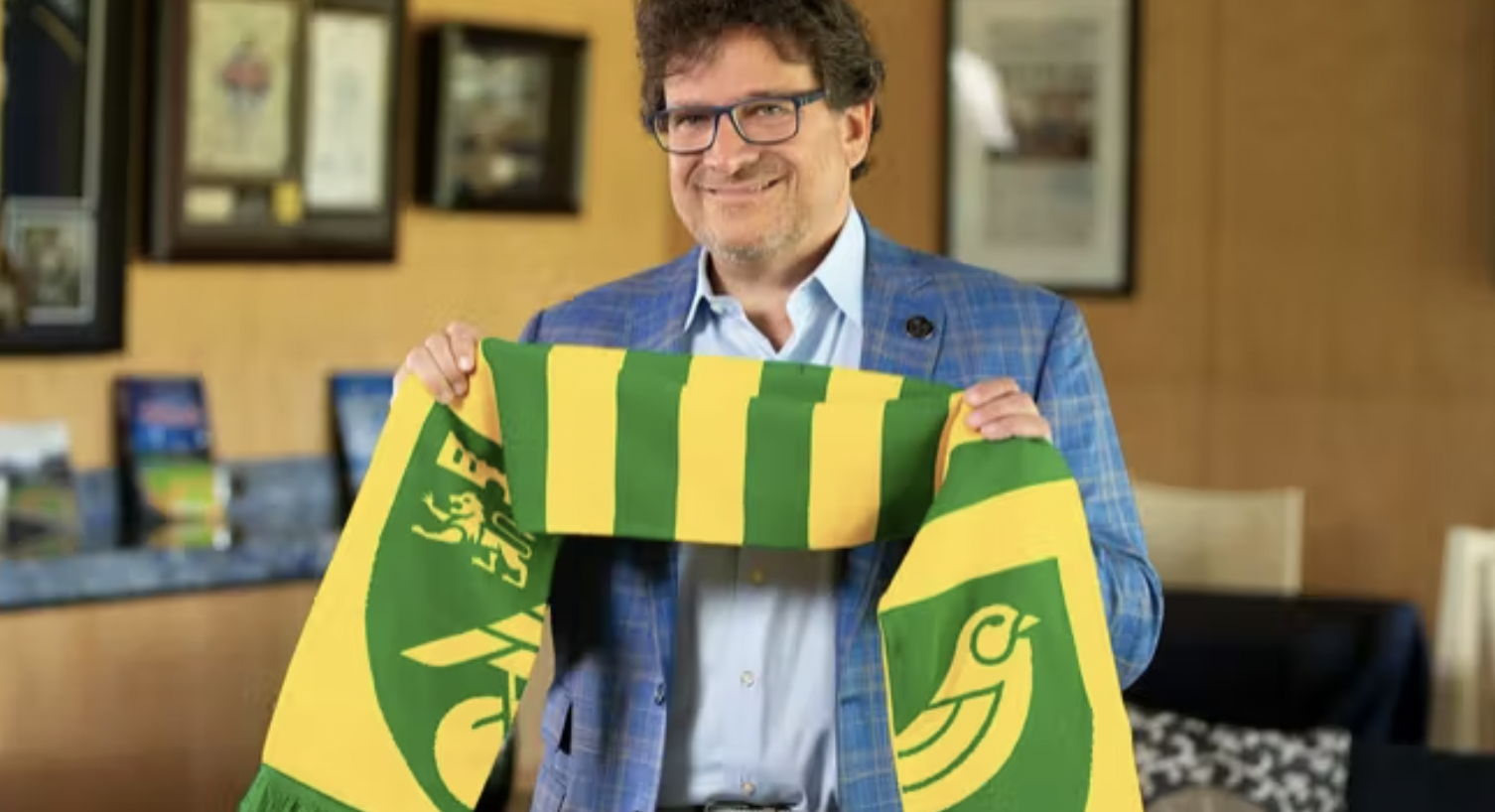 September 15 – Norwich City, battling for a return to the Premier League having been relegated last season, are the latest English club to attract US investors.

No value was given for the share sale but The Athletic reports that Attanasio will provide an initial £10 million loan.

Norwich has often struggled for cash since the formation of the Premier League and has been a club that has yo-yo’d between the Championship and the top tier, never quite managing to establish itself with any longevity.

However, under joint majority shareholders Delia Smith and her husband Michael Wynn-Jones, the club has shown financial sustainability and is established deep into the fabric of its local community.

“We’re really excited about the future. We care passionately about the football club and are confident that this will be right for all involved,” said Smith and Wynn Jones in a joint statement.

“Mark and his team come to us with amazing credentials. Their vision and way of working is very much aligned in how we work at our football club. They care about their community and supporters and that’s exactly how we work.”

“Our club is being run excellently, so we don’t expect any big changes. We look forward to collaborating with Mark and his team as they learn more about our club and we gain insights from their relevant expertise. Mark has brought some very impressive improvements and developments to the Milwaukee Brewers. We feel he’ll be a breath of fresh air into our board and football club,” they said.

Norwich currently lie second in the Championship, a point behind leaders Sheffield United and four points ahead of third placed Blackburn Rovers after nine games.

Attanasio emphasised the community engagement the club has saying: “It’s really exciting. I feel that there are so many parallels between what we have at the Milwaukee Brewers and Norwich City. Both clubs have long-time, passionate family ownership and a community that is really attached to the team.”

“I’ve been out to the city and spent time around the club and the energy was intoxicating. The facilities at Norwich City are world class. Yes, things can always be better, but when you have that kind of infrastructure it makes it a lot easier to focus on what is happening on the field and team performance.”

A return to the Premier League this season and the riches that brings would make his initial investment look like a good one, particularly if the club can build a longer term stay in the division.