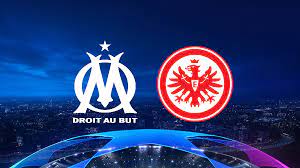 September 16 – UEFA has charged Marseille and Eintracht Frankfurt with a raft of offences, including a fan of the German club making a Nazi salute, following their Champions League group game clash on Tuesday.

Frankfurt, the reigning Europa League champions, were charged with four offenses including “racist behaviour” after their 1-0 away win.

Earlier the club published a statement condemning the incidents and stressed it “stands for tolerance and diversity.”

“Antisemitic ideas are in stark contrast to the unequivocal and unshakeable values of the club and its roots,” the statement said.

Both clubs have previously been disciplined by UEFA for misconduct by fans and face escalating sanctions for the latest incidents.