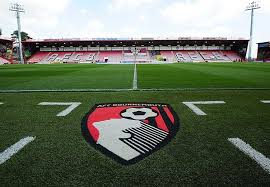 September 19 – Bournemouth could be the next Premier League club to fall under US ownership after reports in the US and England that a Las Vegas-led consortium had bid for the club.

Bill Foley, owner of the National Hockey League (NHL) team Las Vegas Golden Knights, is reportedly heading a consortium which is has entered a period of exclusivity to close the deal by the end of next month.

Foley, who built his personal fortune it the financial services business with Fidelity Investments, has an estimated $1.2 billion net worth.

No official figure has been given fro the value of the club, but reports put it at £150 million. With the strength of the dollar against the pound currently, the price looks attractive.

If Foley is successful in his bid, Bournemouth would become the tenth Premier League club to be either wholly owned or have investment from US investors, joining a group including Chelsea, Liverpool, Manchester United, Arsenal, Aston Villa, Crystal Palace, Fulham, Leeds, West Ham and Manchester City.

Bournemouth have spent six of the past eight seasons in the Premier League, but were relegated to the Championship in 2020 before bouncing back to the top flight this season.

The club’s Russia-born businessman Maxim Demin fired manager Scott Parker after comments he made about his players not being Premier League ready following a 6-0 thrashing by Liverpool. Since then the club has moved up the Premier League and currently sits in equal eight position.

Neither Bournemouth or Foley’s consortium have made any comment.