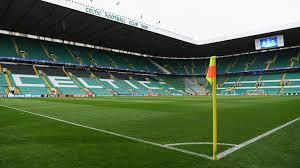 September 21 – Scottish giants Celtic have reported a revenue increase to £88.2 million for the year ending June 2022, an uplift of 45% on the previous year where it was still battling the financial restrictions resulting from covid.

The year saw the club return to profit, delivering a positive £6.1 million against a lost in 2021 of £11.5 million when the club played in empty stadiums.

A big contributor to the profit was an increase in the positive balance on player trading to £29 million (£9.4 million in 2021).

Operating expenses, including wages, did grow to £97.1 million from £74.4 million but they didn’t outstrip the £27.4 million revenue increase from commercial activity.

Chairman Ian Bankier said: “The key driver of the revenue growth was the restoration of a more normalised trading environment as we emerged from Covid-19 and were able to operate at full stadium capacity for all but five matches at the beginning of the season, where crowd restrictions remained. This, along with record gains from player trading in the year, £29.0m (2021: £9.4m), ensured the delivery of the reported profit.”

The 2021-22 season saw Celtic win SPFL Premiership and the Premier Sports Cup, as well as compete in the group stages of the Europa League. There were 31 home games providing a significant boost in revenue.

Most importantly the SPFL win qualified the club automatically for the UEFA Champions League group stages this season, perhaps understatingly described by Bankier as “an extremely welcome added bonus”.

“This is the first time the champions of Scotland have achieved this in 12 years, due to an increase in Scotland’s UEFA coefficient. Our Champions League draw has provided us with a suite of exciting ties involving Real Madrid, Shakhtar Donetsk and RB Leipzig,” said Bankier.

“The biggest influence on the financial and sporting fortunes of the Club is our ability to participate in European competition… This will provide further opportunities and enhanced media rights. Our task is to be prepared to maximise the opportunities that will evolve by remaining financially strong and stable, whilst investing intelligently in the player squad, the football department and the sporting infrastructure and facilities,” he continued.