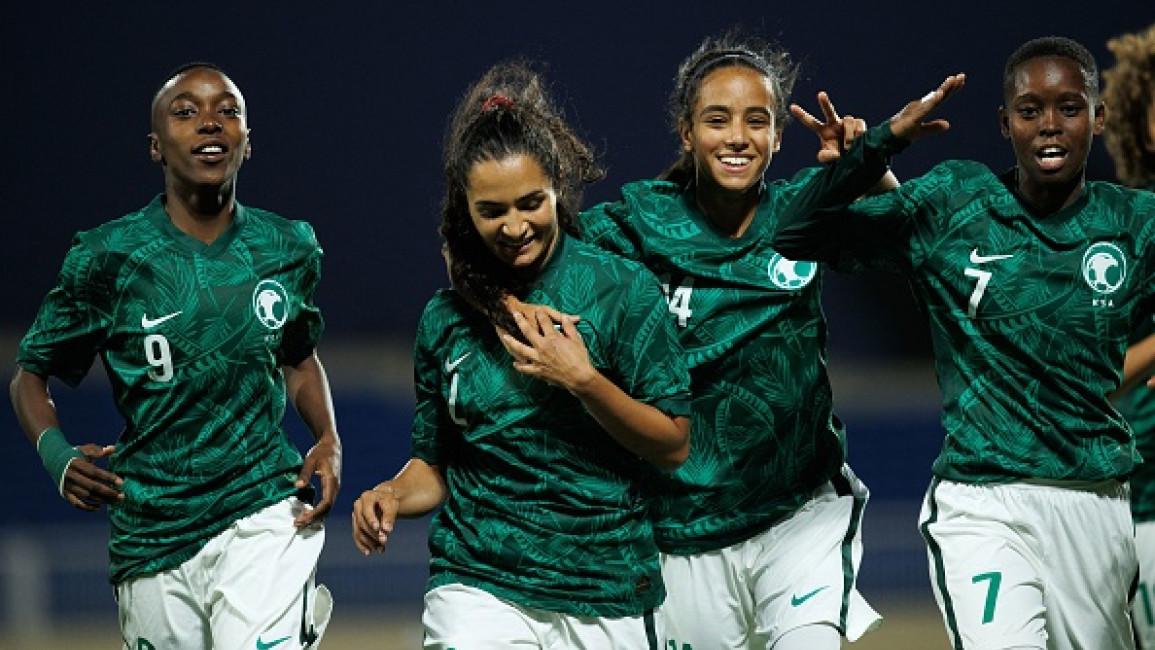 September 25 – Saudi Arabia’s women’s team made their international home debut Saturday night with a 3-3 draw against Bhutan at the Sultan bin Abdul Aziz Stadium in Abha. The two teams will play another friendly September 28.

It was only the third international match for the Saudi women’s team who played their opening international matches against the Seychelles and Maldives at the National Stadium in Maldives’ capital Malé in February – winning both games 2-0.

The home matches mark another step forward for women in Saudi Arabia who were only allowed into stadia to watch football in 2018.

As part of Vision 2030, the country is committed to increase opportunities for women in sport as it brings its football into the mainstream of the football world. Saudi Arabia is bidding to host the men’s Asian Cup in 2027 and could be part of a joint bid to host the 2030 World Cup.

It is a very visible turnaround from the dark days of the economic blockade of Qatar, the wider issues around human rights abuses and, in what was an extremely damaging football context, the wholescale copyright theft of live broadcasts of the world’s top tier football properties in the region by beoutQ.

The Saudi Arabian Football Federation (SAFF) reports female participation in sports in the Kingdom is up 150% over the last four years, and 195,000 girls aged between 5-15 are currently playing sports on a weekly basis.

Showcasing their international team at home is part of SAFF’s determination to grow interest and participation at all levels of the women’s game, with investment in grassroots, player development, coaching, facilities, competitions and governance. Via multiple new regional training centres, SAFF is looking to recruit 1,000 girls into competitive football from across the Kingdom.

SAFF established its first official women’s regional football league in 2021 with 16 teams, and next month will launch a new 8-team Premier League. The regional competition has now rebranded to the First Division Women’s League and will see 17 teams compete across three cities, taking the total number to a record 25 clubs across the two divisions.

There are currently almost 450 registered female players, 49 qualified referees and over 800 D, C and B licensed coaches in Saudi.

Coached by German Monika Staab since August last year, the goalscorers making Saudi history were Al-Bandari Mubarak – who scored the team’s first ever goal against the Seychelles -,Bayan Sadaqah and Noura Al-Ibrahim.