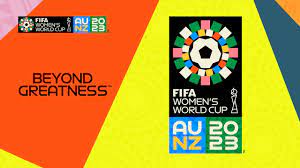 October 25 – While FIFA is demanding that broadcasters in Europe’s biggest TV markets in the UK, Germany, Italy, France and Spain massively increase their offers for broadcast rights to the 2023 Women’s World Cup in Australia/New Zealand, the world governing body has agreed a deal with the European Broadcasting Union (EBU) for 28 of the continent’s smaller TV territories.

The deal with Eurovision Sport, the sports arm of the EBU, will see the 28 participating EBU members receive platform-neutral rights to the tournament. They will also commit to more coverage than for the previous Women’s World Cup.

That a deal Europe’s biggest broadcasters still can’t be reached raises questions over whether FIFA have completely mis-judged the tightening broadcast rights market in Europe and whether they have over-played their hand in a similar way to the disastrous loss of the EA Sports deal for the FIFA video gaming franchise.

It also questions whether broadcasters view the women’s game as a premium broadcast product. While most invest significantly in their domestic leagues and UEFA rights, the full FIFA World Cup is not exciting them in the same way.

Most broadcasters will have allocated their major rights spending years in advance and yet FIFA are only now trying to close deals for an event that is just eight months out, and for matches from a time zone that won’t work for European audiences and particularly casual viewers of the women’s international game

Even so, FIFA president Gianni Infantino and senior officer Romy Gay have complained that broadcasters had submitted rights offers that were unworthy of the women’s game and thus deemed far too low.

“When these same broadcasters, often public but also private, offer us 100 times less for the Women’s World Cup than what they offer for the men’s World Cup, even more than 100 times in some occasions, then this is not acceptable,” said the Infantino at a news conference in Auckland last weekend.

“We are not going to accept this because we know the viewing figures for these broadcasters in some big footballing countries for the men’s World Cup or for the women’s World Cup are actually very similar.”

On the EBU deal Eurovision sports executive director Glen Kilane said: “This agreement will build on the great legacy of the extraordinary coverage of the FIFA Women’s World Cup 2019 where EBU members provided record audiences.

“Next year’s World Cup provides us with an opportunity to once again show that public service media is committed to ensuring that showcasing women’s football and women’s sport continue to be central to our mission,” he continued.

The EBU was a FIFA broadcast partner for the 2019 Women’s World Cup when the tournament enjoyed a big jump in TV audiences and global interest. The global governing body wants to capitalise on the momentum in the women’s game and commercialise the 2023 finals in a bid for the Women’s World Cup to break even for the first time.