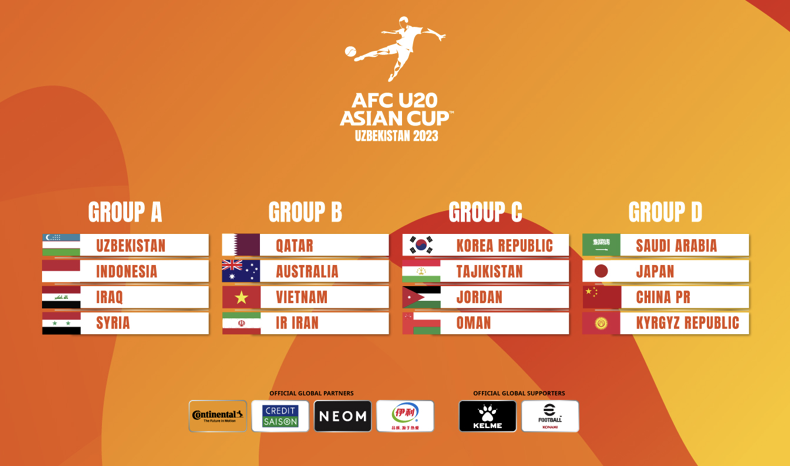 October 26 – Hosts Uzbekistan have been drawn alongside Indonesia, Iraq and Syria in Group A of the U-20 Asian Cup. The Uzbeks will host the tournament in 2023.

The competition returns after a hiatus of four years and the host were handed a tricky first round facing two teams from the middle east as well as the Indonesians.

Group B is perhaps the standout group of the draw with all of World Cup hosts Qatar, powerhouse Australia, rising force Vietnam and Asian number one Iran grouped together. In Group D, reigning champions Saudi Arabia face formidable opposition in Japan and China. The Kyrgyz Republic completes the group.

The tournament will also serve as a pathway to the U-20 World Cup that same year, with four tickets at stake for the tournament that Indonesia will host in May and June.