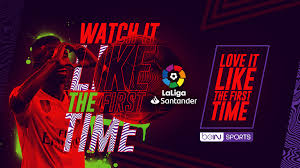 October 28 – Broadcaster beIN Sports has said it has paid its latest instalment owed to La Liga following the Spanish league’s move to secure a court order following a dispute over payment rescheduling.

In October, La Liga had won a court injunction to freeze Qatar-owned beIN Sports assets in Spain (beIN have no assets in Spain) over an unpaid €50 million rights bill, but on Friday, the broadcaster said it has paid the latest instalment while also accusing La Liga boss Javier Tebas of engaging in feuds to the detriment of Spanish football, labelling him “unhinged”.

In a statement, a beIN Sports spokesperson said: “beIN confirms it has honoured its latest obligations to LaLiga – as scheduled, and in-keeping with beIN’s trusted relationship with all our partners for decades. It is unfortunate that the President of LaLiga, week-on-week, pursues unhinged personal feuds and public attacks on partners and stakeholders, ahead of the best interests of Spanish clubs and Spanish football.  All this, at a time when LaLiga needs good leadership and strong partnerships more than ever.”

In court, LaLiga had claimed that it was contractually agreed that 33% of beIN’s rights fees for the 2022-23 season would be settled by August 15.

BeIN, which broadcasts Spanish football in 35 countries and has reportedly paid LaLiga $1.5 billion over five years, said it has begun legal action against Tebas.

beIN said it will also be considering its position about renewal. beIN’s current deal with LaLiga in MENA is estimated at $150 million per season. A potentially big loss for LaLiga in a market where there is only one realistic buyer paying big sums for premium properties.

The dispute is part of a larger feud between beIN chairman Nasser Al-Khelaifi, who also serves as president of Paris Saint-Germain. Tebas has been a vocal critic of the heavy spending by the French club, claiming they have distorted competition in European football.

Speaking to French sports daily L’Équipe recently, Tebas said: “The only ones they [beIN] haven’t paid, without excuse and without reason, are us! I imagine they do it by saying to themselves ‘as you behave badly with us, Javier, that you act like a bad boy and that you criticise PSG, we stop paying you’.

beIN dispute the amount Tebas referred to saying it was due to pay €38 million (having paid $10 million the previous week) and had set a payment schedule to pay in accordance with the contract.