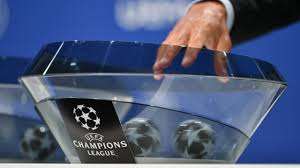 November 3 – Paris Saint-Germain’s quest for a first ever Champions League crown got potentially tougher on Wednesday when they were relegated to second place in their group despite winning 2-1 at Juventus.

“It’s a problem for them, too. We’re not worried,” said PSG goalkeeper Gianluigi Donnarumma, who acknowledged being unaware of the situation until after the game.

Leipzig also advanced by beating Shakhtar Donetsk 4-0 and ending the Ukrainian club’s improbable run in its adopted home stadium in Poland during the Russian invasion.

Shakhtar’s European campaign will continue in February with a place in the Europa League playoffs handed to third-place teams in Champions League groups. Juventus also go into Europa League despite earning just three points in total.

Monday’s draw takes place more than three months before the first-leg games start February 14 because of the World Cup. No one can be drawn against another team from their home country or a team they already played in their group.