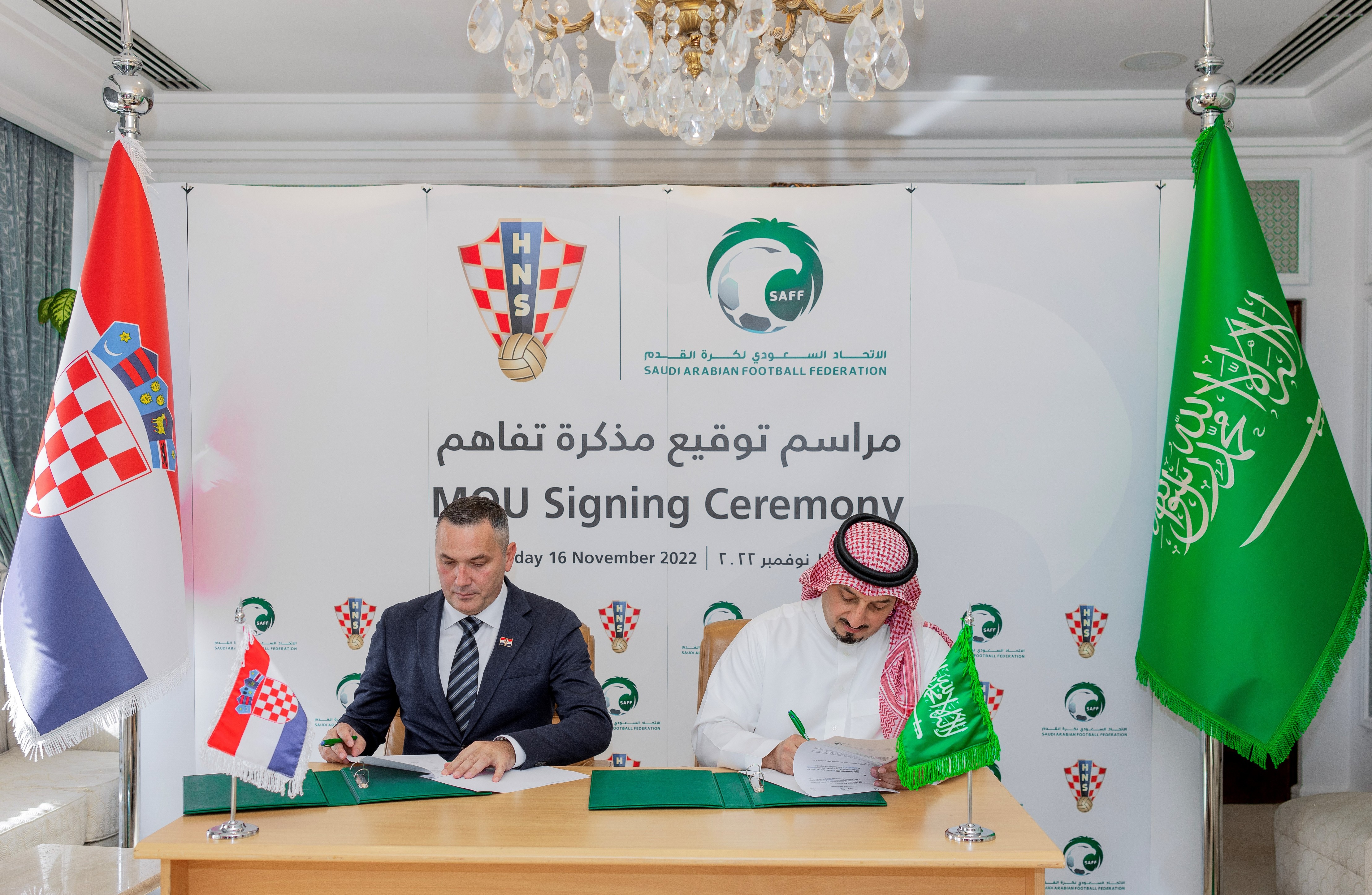 November 17 – The Saudi Arabian Football Federation (SAFF) has signed an MoU with the Croatian FA (HNS) to explore collaboration across all levels of the game.

The signing took place ahead of Saudi Arabia and Croatia’s final friendly match in Riyadh (Croatia won 1-0) before both countries start their World Cup campaigns next week.

“Croatia is among the world’s elite football nations, and their national team captured the world’s attention four years ago by reaching the FIFA World Cup final. Their 2018 campaign will remain in the history books forever. We are pleased to have welcomed them in the Kingdom of Saudi Arabia over the past few days ahead of their trip to Doha,” said SAFF president Yasser Almisehal Al Misehal.

Saudi Arabia is rapidly expanding its football knowledge base and infrastructure as it develops both its competitiveness on the field of play and its ambition to host major events. It is bidding for the hosting of the 2027 Asian Cup as well as part of a fledgling three-country bid with Egypt and Greece for the 2030 World Cup.

HNS president Marijan Kustić said: “We would like to thank our friends at the Saudi Arabian Football Federation for their kind hospitality in Riyadh and wish them the best of luck at the FIFA World Cup. We are extremely pleased to kick-start a new chapter of collaboration and partnership between our two nations.”

Women’s football in Saudi Arabia has had unprecedented investment in areas such as grassroots player development, competitions, coaching, refereeing and governance over the past three years. SAFF has expressed an interest to bid for the 2026 Women’s Asian Cup, having established their first women’s national team last year followed by the inaugural women’s football league and girls’ schools league.