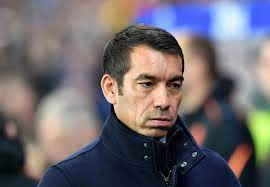 November 22 – Scottish giants Rangers have sacked Dutch manager Giovanni van Bronckhorst after just a year in the job, with the club nine points behind bitter rivals Celtic in the Scottish Premiership.

Rangers issued a brief statement saying the team’s recent run of form has “not met expectations”.

Van Bronckhorst, a former Rangers player, was appointed as Steven Gerrard’s successor a year ago and led the club to the Europa League final and a first Scottish Cup triumph in 13 years at the end of his first season in charge.

Under him, the club also sealed their first Champions League qualification in 12 years but lost every group game as well as falling way adrift of Celtic domestically.

“The board would like to put on record sincere thanks to Gio for all his efforts since his appointment as manager,” the statement said.

“Unfortunately, results and performances over recent months haven’t met expectations and the decision was made today by the board to terminate the contract of the manager. The search for the new manager is now underway.”

Van Bronckhorst, who had signed a three-and-a-half-year deal, becomes one of the shortest-serving permanent managers in the club’s history, with only Pedro Caixinha and Paul Le Guen departing sooner.

Rangers have just over three weeks to find a successor, with the team’s first match after the World Cup break at home against Hibernian on December 15.