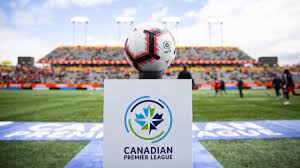 The bad news was that the CPL Board of Governors voted to terminate Fath Sports Limited’s right to operate its FC Edmonton franchise, meaning that there will be no team in the market for the 2023 season.

“I have made it clear since I became Commissioner that we need certain conditions in each of our markets for our clubs to be successful on and off the field.  After careful review, these conditions simply didn’t exist at FC Edmonton, consistently resulting in the smallest league average attendance, lowest revenue, and poor performance in the standings, despite incremental league investment. The die-hard supporters and soccer community of Edmonton deserve better,” said CPL Commissioner Mark Noonan.

Noonan said that the league plans to return with an Edmonton team but that having a higher quality stadium to play in will be key, deeming that Clarke Stadium – where FC Edmonton played its home games – “ in its current state is outdated and not suitable for this purpose.”

Noonan said the league will work with the city – which was a bidder to host 2026 World Cup matches – to find a new solution.

Despite the loss of FC Edmonton the league will stay play with eight teams next season with the debut of Vancouver FC. He said they were already in discussion with new potential ownership groups about a team for the city.

“Let me be very clear, FC Edmonton is a unique, one-off situation, and is not at all reflective of the overall health and viability of the CPL,” said Noonan. “… I couldn’t be more optimistic about the future of the CPL and soccer in Canada as we head into our fifth season.”

Maple Lodge will also be the presenting partner of the CPL Player of the Week, as well as have visibility across the league’s digital and social channels.

Earl Cochrane, General Secretary, Canada Soccer, said: “As the leading grassroots and youth development soccer program in our country, Active Start Soccer Fests have connected with more than four million Canadians nationwide, and this investment is critical to continue building on our success at the community level and to support our future stars.”

“As a league we know that family is at the heart of sport, and we strive to provide accessible, welcoming, family-friendly environments at all our events. We appreciate Maple Lodge Farms’ commitment to making that goal a reality, while also doing its part in spotlighting the players and fans who make this league what it is,” said Noonan.

No value or term was given for the deal.