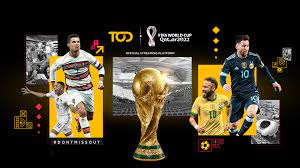 November 27 – With relations between Qatar and Saudi Arabia seemingly having found a new level cordiality in polar opposite to the Saudi-led blockade of the country two years ago, a new dispute has arisen around broadcast rights that could threaten the detente.

TOD was only launched in Saudi Arabia on January 7, and has been fully operational (on Samsung, Sony, Hisense, LG, all smart TVs and direct to consumer), until the Saudis blocked opening ceremony. The platform remains blocked.

The move by the Saudis creates a problem for FIFA who licensed the rights to stream the World Cup to TOD across all the Middle East and North Africa (24 countries). TOD also holds a number of other premium rights that are being blocked.

The Saudi football fans are not completely without World Cup coverage as beIN broadcasts 22 of the 64 matches of the World Cup on free-to-air which is still available in every home.

During the blockade that would not have been the case as Saudi Arabia refused to grant beIN a license to broadcast in the country, instead facilitating pirate broadcaster beoutQ who stole beIN’s channels on an industrial scale. That in turn sparked a backlash from rights owners worldwide who condemned the piracy.

It also brought a huge instability to the sports rights market as fears over the ability to protect rights for broadcast buyers caused prices to drop for a number of leagues and properties.

Broadcast rights have been used as a soft geo-political power play by the Saudis and a return to the days and international vitriol of the blockade will be in few interests, and one would have thought that included the Saudis. Though there is little doubt that the Qatari privilege, bought by its wealth, still rankles across the region.

It is even more peculiar considering that Saudi’s public investment fund (PIF) is trying to buy a stake in beIN, and the two signed an advertising representation deal last month.

However, insiders say beIN is unlikely to allow the Saudi’s in for a major stake in the company and that they are just stringing the Saudis along. This could be a flexing of their negotiation muscle, but also the sign that this disagreement is far from over.