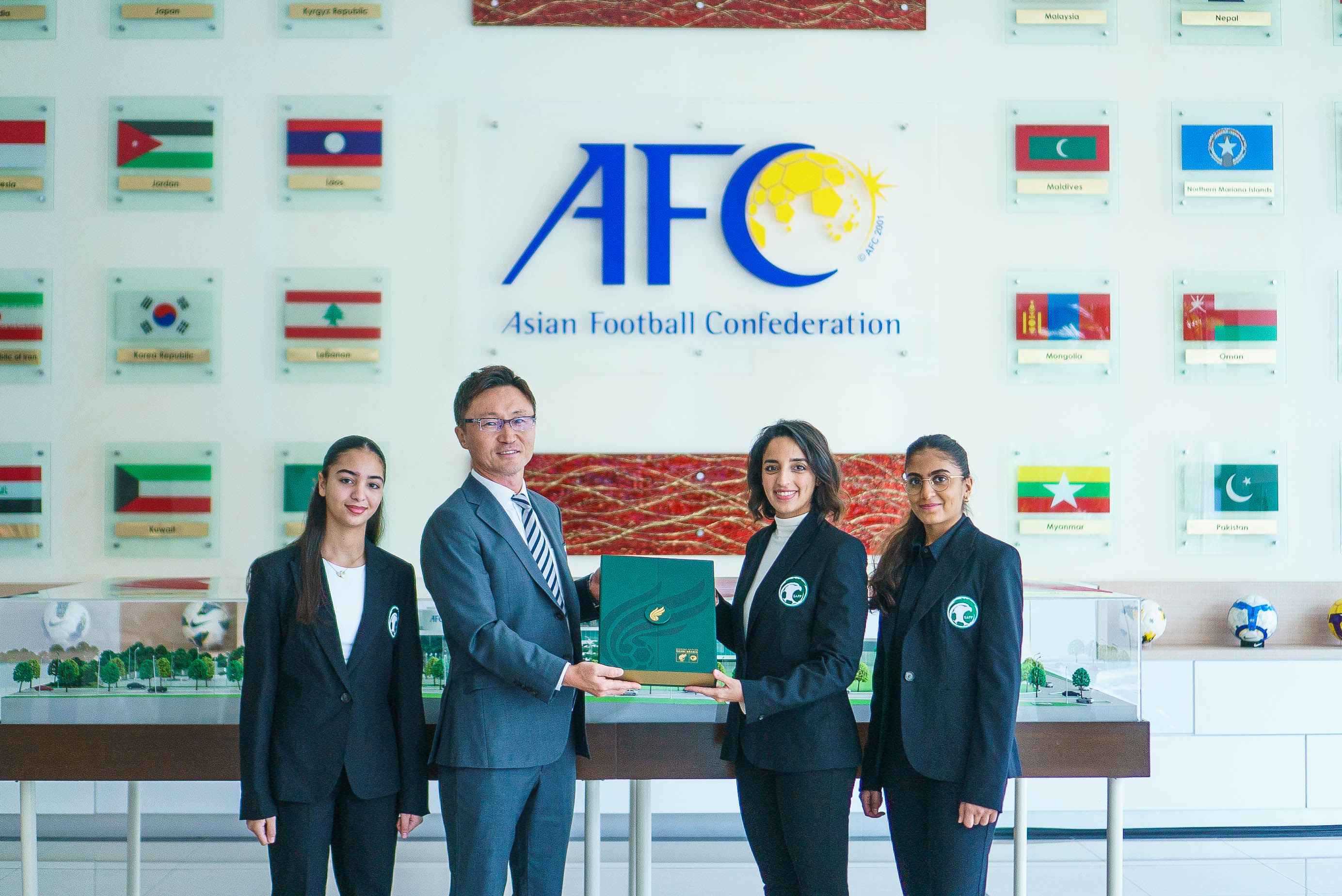 December 2 – Saudi Arabia has formally submitted a bid to host the AFC Women’s Asian Cup 2026, a major socio-political statement by the country that only a few years ago did not allow women into stadia to watch football.

The Saudis have begun a series of football development initiatives in the country in the last few years, not just aimed at bringing major events and teams to the country, but also to develop the game at grassroots through to the professional club level.

This has included development of the women’s game with the Saudi’s playing their first home women’s national team games against Bhutan in September and the launch of the new Saudi Arabian Women’s Premier League in October – the eight-team competition is closely linked to the men’s game with traditional Saudi Pro League men’s clubs having established female sides to take part.

A women’s first division is to follow, while the Saudis have also launched a schools league for young women.

Yasser Almisehal, president of Saudi Arabia Football Federation (SAFF), said: “The future of women’s football in Saudi Arabia is bright and we are committed to growing the game here and throughout Asia. More and more young girls are playing football in this country and we want to inspire them further. Hosting the AFC Women’s Asian Cup 2026 would be a great occasion for our players and would be made memorable by the passion of our fans.”

Saudi Arabia is also bidding to host the 2027 men’s Asian Cup, with India as its main rival. India hosted the most recent AFC Women’s Asian Cup earlier this year.

A SAFF delegation submitted the bid documents at the AFC House in Kuala Lumpur. To date Saudia Arabia is the only formal submission to host the finals tournament.

Saudi Arabia was represented by Dona Rajab, the first assistant coach of the Saudi Arabian women’s national football team, Raghad Helmi, a professional player and a member of the Saudi Arabian national team and Al Shabab Club, and Marya Baghaffar, the youngest of the delegates at 14 years of age is a youth player training at the Regional Training Center.

Monika Staab, manager of the Saudi Arabian women’s national team, added: “This is an opportunity to bring the tournament to life, inspire a generation, and turbo-charge the continued growth of women’s football. We see this as a chance to improve technical performance and show the world our homegrown talent.”

A SAFF press statement said: “Extending an invitation to the region and the world to witness its development, experience its welcoming society, culture and heritage, creates a platform to bring the best female footballers from Asia, showcase their skills, and inspire women and girls to become the next generation of players.”