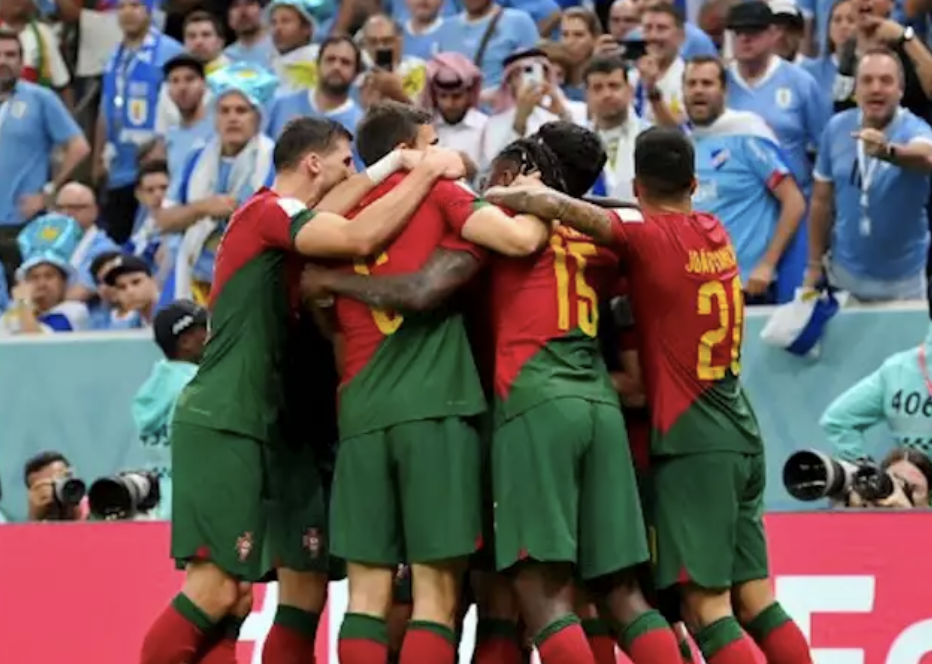 December 2 – Portugal’s players have on average had more playing time in 2022 than any other nation at the Qatar 2022 World Cup, according to a ranking of nations by average number of player minutes in competitive action.

Portugal is ahead of Brazil (both of whom qualified for the last 16 after two group games), and Mexico. In contrast three Asian teams are at the bottom of the table: Qatar, Saudi Arabia and Iran, all of whom exited the competition at the group stage.

“England (seventh) is among the eleven countries whose first-round players have averaged more than 3,000 minutes in 2022, as are the other two favourites  for the tournament according to our Impact Score method: France (eighth) and Spain (eleventh). Korea Republic is by far the best ranked Asian selection: ninth,” point out the CIES report authors.

On an individual level, Canadian Red Star Belgrade goalkeeper Milan Borjan has the most official minutes in 2022, while Virgil van Dijk has the highest value for an outfield player: 5,160 minutes.  Harry Kane was the most used English player in 2022 (4,830 minutes), while his understudy Callum Wilson only has 997 minutes. 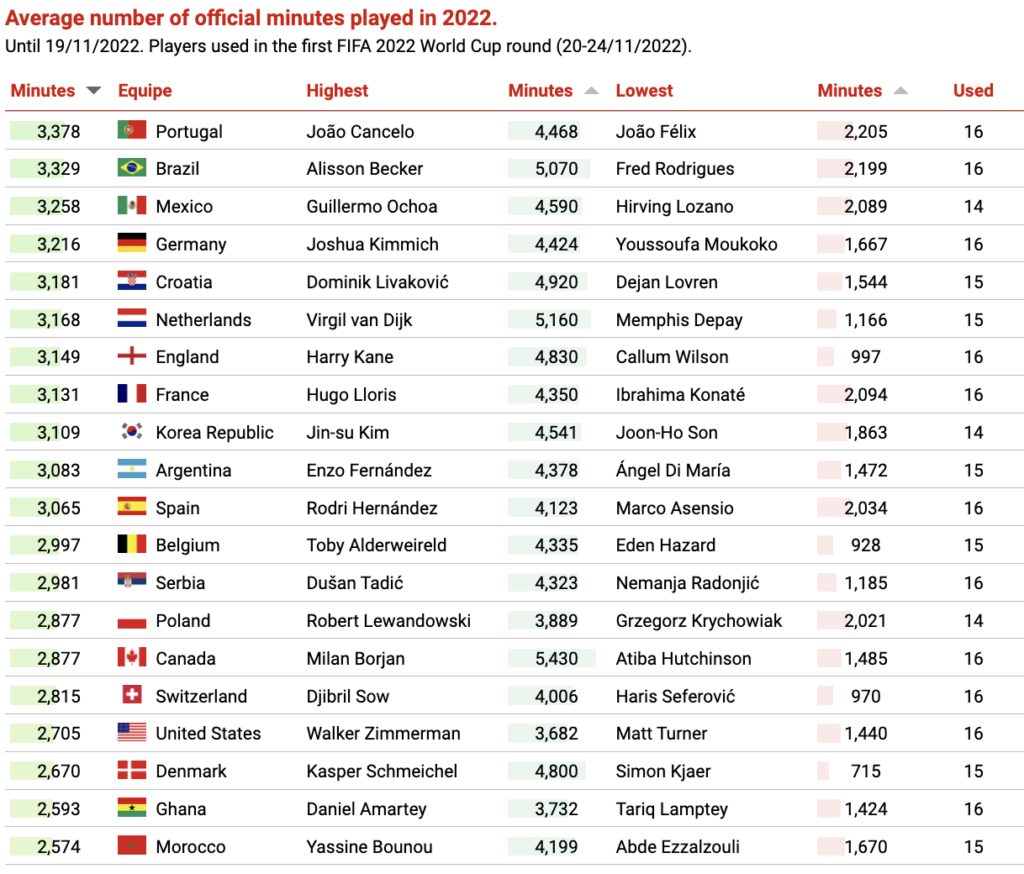