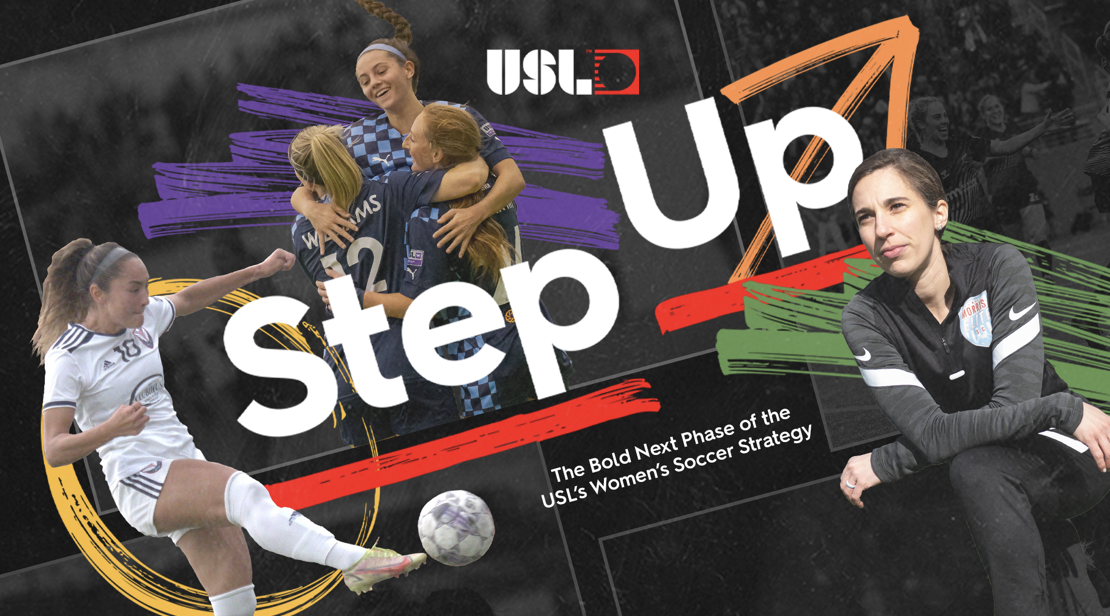 January 11 – The United Soccer League (USL) has pushed back the start of its new professional women’s league into 2024.

Originally scheduled for a 2023 kick-off, the USL Super League will now open in August 2024 and follow the international match calendar from winter to Summer.

The USL said the date move is “to ensure the most solid foundation for a positive and sustainable impact”.

At the same time as making the date announcement the USL unveiled a new blueprint for its women’s leagues under the headline ‘Step Up: The Bold Next Phase in the USL’s Women’s Soccer Strategy’.

The USL said that the strategy outlines the pathway “to build, operate, and grow the most comprehensive and powerful ecosystem in women’s soccer.” This includes player development from youth to professional, the launch of the professional USL Super League, further expansion of the pre-professional USL W League, and the growth of the USL Academy for girls.

“Our vision is to be a global leader in women’s soccer on and off the field,” said USL CEO Alec Papadakis.

“The fully integrated women’s pathway we are building is transformational for the USL and for the game, providing thousands of additional opportunities for players, coaches, referees, executives, partners, and fans in professional women’s soccer and all the way through the American soccer pyramid. We have the committed ownership, infrastructure, and expertise to build a viable long-term business that brings the excitement of women’s soccer to more fans and more communities across the country.”

The Super League will be the top tier of the USL’s women’s ecosystem and moving the kick off date back gives clubs time to finalise stadiums, infrastructure, and commercial platforms for long-term business success. The USL said it will announce founding clubs in the next few months.

“Our ambition is to be a leader in the women’s game,” said Amanda Vandervort, President of the USL Super League.

“The USL Super League is a core element of our strategy that will significantly grow the opportunities in women’s professional soccer in America. We want to have the biggest impact possible, and we are intent on taking the time to make sure the league and our clubs are set up for long-term success.”

Underpinning the USL women’s league structure is the tremendously successful W League that launched with 44 clubs in 2022, and will increase to 65 clubs in 2023, with a target of 100 by 2026. Almost 20 players who played in the W League last season have signed professional contracts for the 2023 season.

The USL Academy Cup and League are also important in the player pathway structure. A pilot girls’ Academy division was launched in 2021, and will expand to 38 teams playing in the 2023 USL Academy Cup. The USL said its new Academy League will feature up to six girls’ divisions in 2023 and increase to more than 12 divisions by 2026.

“The foundation of the pathway is just as vital as the top of the pyramid,” Vandervort said. “We believe we can help fill existing voids in the development of talented players. The W League is giving more players a chance to play for a longer duration in competitive environments, and the Academy will develop young elite players not only for college, but also for a potential pro career.”