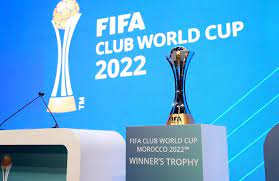 January 16 – The seven-team Club World Cup Morocco 2022 will kick off in Tangier at the multi-use 65,000 capacity Tangier Stadium on February 1.

The winners will progress to round 2 and take on Seattle Sounders from the MLS, the Concacaf Champions League winners, on February 4, also in Tangier. The winners of that match stay in Tangier to face Conmebol’s Copa Libertadores winners Flamengo, who enter the competition at the semi-final stage.

FIFA president Gianni Infantino, who was present for the draw in Rabat last Friday said: “Thank you to Morocco for hosting the champions of all the continents for what will be a very important edition of the FIFA Club World Cup in February.
“When the champions of all the continents meet to crown the champion of the planet, the champion of the world, this is a special occasion, and this will take place in a very special country, in a great football environment. We’re looking very much forward to [coming] to Rabat and to Tangier, to visit an entire country.”

On the other side if the draw CAF Champions League winners Wydad from Morocco, will meet Al Hilal of Saudi Arabia in the second round at the 52,000 capacity Prince Moulay Abdella Stadium in Rabat.

The winner of that match will then face UEFA Champions League winners Real Madrid in the semi-final in Rabat.

The final will also be played in Rabat on February 11.

Fouzi Lekjaa, the Moroccan Football Association President, said: “This is also an opportunity to express the desire of our people and of our Kingdom to be among those willing to host football’s greatest events. We’ve always had this desire, and we will continue to express it with even more determination, enthusiasm, work and development. Long live football, long live FIFA, long live the Kingdom of Morocco.” 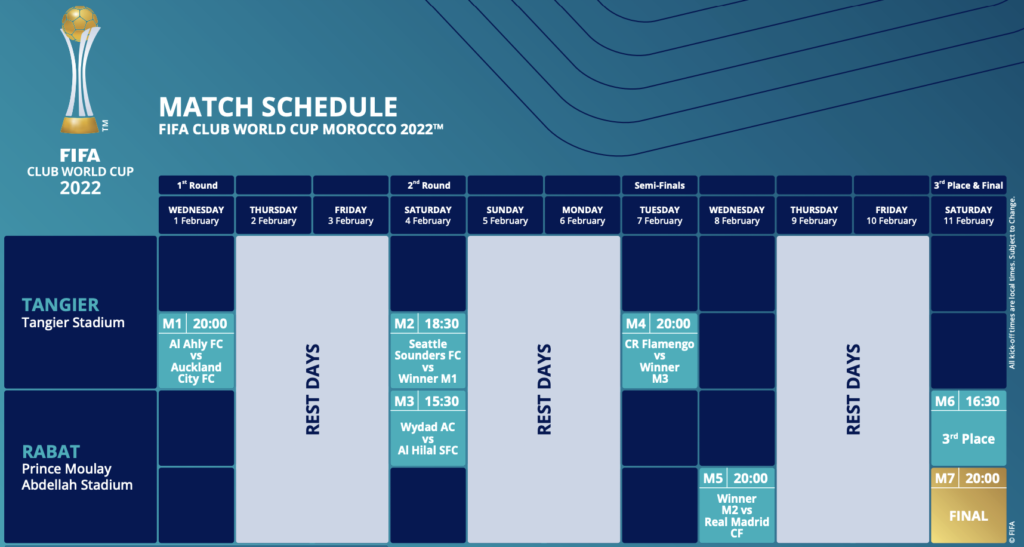