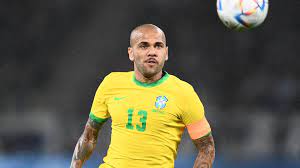 January 20 – Spanish police have arrested Brazil defender Dani Alves after questioning him in a police station in Barcelona over a sexual assault allegation.

Alves has denied the allegation but following his questioning Spanish police arrested him and he will appear before a judge later today (Friday).

Catalonia’s Supreme Court had said in a previous statement that Alves was under investigation “for an alleged crime of sexual assault as a result of the complaint filed by a woman for events that allegedly occurred in a nightclub in Barcelona last month.”

A woman accused the defender of sexual harassment after he allegedly put his hand inside her underwear at the Sutton nightclub in Barcelona last month. She reportedly raised the alarm in the club and police arrived on the scene with the aggressor having already left the nightclub.

In an interview with Antena 3 Alves denied any wrongdoing saying: “I was dancing and having a good time without invading anyone’s space. I don’t know who this lady is…How could I do that to a woman? No.”

Alves is plying his trade at Unam Pumas in Mexico after leaving Barcelona last summer. He also had spells at Sevilla, Juventus, Paris Saint-Germain and Sao Paulo. He is widely considered one of the best full-backs of all time, with his trademark attacking and helping with the build-up play. He has won 43 titles during his career.

Last month, he became the oldest Brazilian to feature in the World Cup at the age of 39. He played in Brazil’s final group-stage game against Cameroon. Alves and the five-time world champions exited the tournament in the quarterfinals following a dramatic penalty shootout defeat to Croatia.