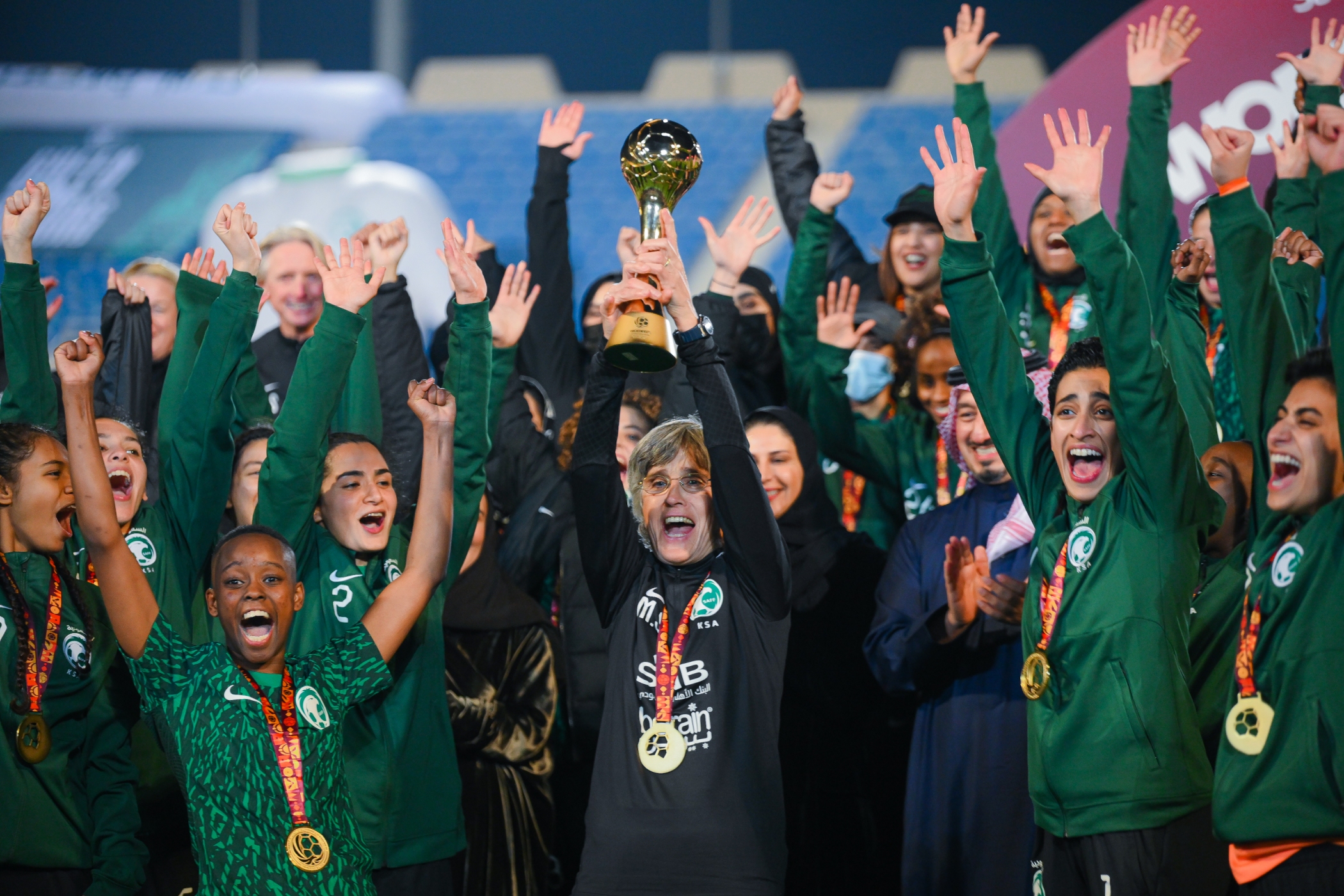 January 22 – Saudi Arabia’s women have come away victorious from their first international tournament, topping Pakistan, Mauritius and Comoros in their home-hosted competition as they see their first FIFA ranking.

Saudi Arabia drew 1-1 with Pakistan in their final game to head the Women’s International Friendly Tournament table with 7 points. The Saudis began with wins against Mauritius 1-0, through Mariam Al Tamimi’s goal from the penalty spot, and Comoros 2-0, following goals from Noura Ibrahim and Dalia Adel. The Saudis led 1-0 a Saudi Arabia opened the scoreline through Al Bandary Mubarak’s first half strike before Pakistan levelled.

Pakistan finished second in the table with 4 points, with Comoros and Mauritius following with 3 points respectively.

Lamia Bahaian, Supervisor of the Women’s Football Department and board member at the Saudi Arabian Football Federation, said: “This is a momentous day in Saudi Arabian football… Winning this tournament will inspire many young girls across the Kingdom to become involved in football and experience all the joys that the beautiful game offers.

“We thank each of Comoros, Pakistan, and Mauritius for coming to Saudi Arabia to participate in the tournament, wish them the best of luck in their own women’s football development initiatives, and look forward to facing them on the field again in the future.”

Saudi Arabia have moved fast since the set-up of a dedicated women’s football department at the Saudi Arabian Football Federation in 2019. There are now 520 registered players, over 1,000 D, C and B-licensed coaches, 25 clubs and almost 50,000 girls in the inaugural schools’ league.

SAFF has also launched a professional women’s league – with teams based around their main men’s clubs in the Kingdom – and has plans for a second division.

The average age of the Saudi women’s team at the tournament was 23.

Monika Staab, the Saudi Arabia head coach, said: “Winning this tournament is an important milestone in Saudi Arabian football and will give the players huge confidence as they progress their national team careers. I am delighted with the players and how they performed over the past three games triumph – it provides a huge springboard for future success.”

Part of that future is the ambition to host more tournaments. Saudi Arabia are bidding for the hosting of the AFC Women’s Asian Cup 2026.